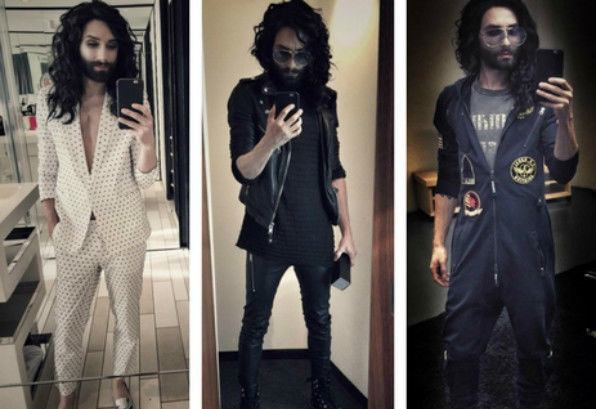 The bearded drag artist won the singing competition in a floor-length glittering gown back in 2014.

However, Conchita – real name Thomas Neuwirth – has ditched the glamorous gowns and traded them in for baggy trousers and boiler suits.

The Rise Like A Phoenix singer – who is an LGBTQIA activist and beauty blogger – has now admitted she thinks it is time her persona was "killed off".

Instead, Tom wants to emerge.

The star still has casually coiffed hair and stunning make-up in place, but the diva image appears to have been toned down.

Speaking to German newspaper Die Welt, Tom said: "I feel like I want to create a new person… without the bearded lady.

"I have achieved everything I wanted since the Song Contest victory.

"[Tom] wants to get out, show himself.

Referring to Conchita, he added: "I have to kill her."