Europe to speed up space race in 2022 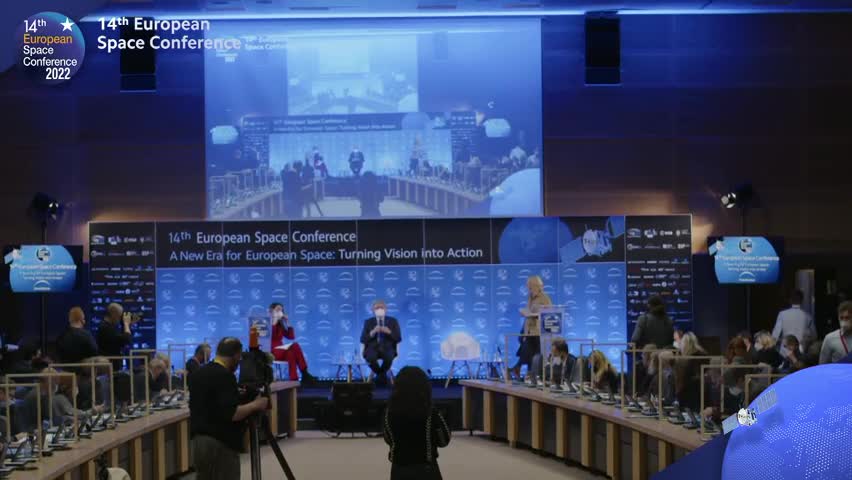 Europe should speed up action to make sure it will remain in the space race, said Marian-Jean Marinescu, a member of the European Parliament and Chair of the Sky and Space Intergroup, at the 14th European Space Conference on Wednesday, News.Az reports citing Xinhua.

"We all agree that EU should speed up its action if we want to be able to face a strong competition. We all agree that we should invest more and spend more efficiently," Marinescu said in his concluding remarks.

Other areas in which consensus emerged include more financial support for start-ups and small and medium-sized enterprises (SMEs), the increasing importance of space for the military, and shorter innovation cycles, according to Marinescu.

On Wednesday, the European Investment Bank launched its Cassini Space Fund to ensure funding of SMEs and start-ups in the space industry, with 1 billion euros (1.13 billion U.S. dollars) made available.

Marinescu urged other European institutions and European member states to gear into action in 2022, arguing that a lack of political will is making Europe fall behind.

On Wednesday, European Commissioner for Internal Market Thierry Breton announced that a new legislative proposal for a secure connectivity constellation would get ready in the next few weeks. Marinescu said that the European Parliament would cooperate to make sure negotiations would go as fast as possible.

Breton also announced a European Strategy for Space Traffic Management. This comes late, according to Marinescu, but better late than never.

The 14th European Space Conference took place in Brussels, Belgium, in a hybrid format due to the COVID-19 pandemic, on Tuesday and Wednesday.