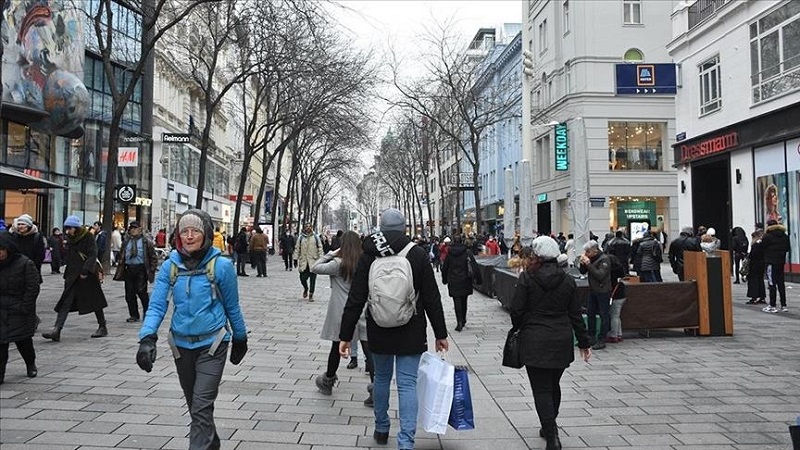 Many European countries are planning to boost rapid COVID-19 tests to control the outbreak amid supply shortages of the vaccines.

Many countries started to implement new measures before Easter to stem the spread of the virus after the number of cases continue to rise during the third wave of the pandemic.

Austria, a country with a population of nearly 9 million, has conducted around 23 million COVID-19 tests, including the PCR and rapid antigen, since the start of the pandemic.

The government encourages citizens to be tested and attaches a great deal of importance to the tests, as much as the vaccines, in fighting the pandemic, and offers fast and free access to all kinds of tests, including the PCR.

In addition to the dozens of test centers established throughout Austria, the public can have tests in pharmacies, and individuals can test themselves with the kits distributed through pharmacies -- with five test kits per family free of charge.

But people question the accuracy of rapid tests, while experts suggest that nearly 50% of the rapid tests, given to students at least once a week and with positive results, are misleading.

The country made rapid tests mandatory for schools, beauty salons, supermarkets, and government buildings to be conducted once a week.

Belgium, a country with a population of 11.4 million, has conducted 11 million tests since the beginning of the pandemic.

While the tests are carried out free of charge in Belgium, the government plans to provide antigen tests that give results in 15 minutes free of charge to companies and public institutions serving in business lines that do not offer the opportunity to work from home until May 1.

Apart from these, tests that people can apply themselves will be available in pharmacies throughout the country from mid-April. Two tests per week can be purchased for each family member, and the cost of these tests is expected to be around €7-8 ($8-9). People with low income will be able to take these tests by paying €1 after the insurance share is deducted.

Germany, which has conducted nearly 49 million tests so far, also started to use rapid antigen tests. While the government enables free rapid tests once a week, it aims to give two quick tests per week to those working in primary schools and kindergartens.

Some federal states have decided to use a rapid test to relax various measures, with those who want to go shopping in Berlin for non-essential things will have to have a quick test.

The same rule will apply to barbers, beauty salons, museums, and galleries, where it is hard to keep social distancing.

But experts warn that the quality of the rapid tests should be improved.

France has been carrying out free antigen tests since October last year through vaccination centers and doctors. Almost 64 million people in total have been tested across the country.

Tests individuals can apply on their own will be sold in pharmacies as of mid-April in the country. But the price of the tests and whether the costs will be covered by insurance have not been decided.

In Bulgaria, the public pays for both PCR tests and rapid antigen tests, while senior bureaucrats or members of the parliament are tested free of charge.

In the country with a population of approximately 7 million, over 2.05 million tests have been carried out. The changing test fees reduce public interest in testing.

Despite this, some hospitals require a rapid test for admission. Airline companies also request antigen test results before departure.