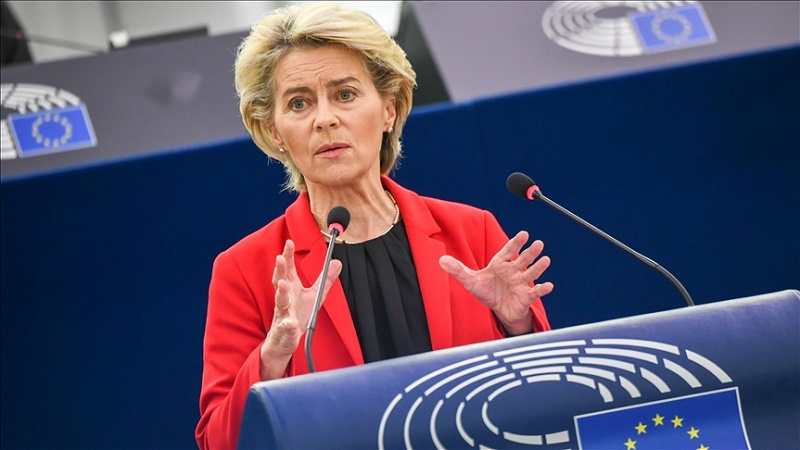 The executive arms of the European Union (EU) and the African Union (AU) will address differences and work out a solution for more equitable access to COVID-19 vaccines by this spring, President of the European Commission Ursula von der Leyen said on Friday, News.Az reports citing Xinhua.

"We share the same goal. We have different ways to reach that goal. There must be a bridge between those two ways," she told a press conference that concluded the sixth EU-AU summit in Brussels.

The commissions of the two unions will organize a College-to-College meeting in Brussels in spring to deliver a solution, she said.

Leaders from the two continents held the summit on Thursday and Friday, and the talks were featured by a "good, intense, constructive" discussion on the question of TRIPS (Trade-related Intellectual Property Rights) waiver and compulsory licensing, according to von der Leyen.

Egypt, Kenya, Nigeria, Senegal, South Africa and Tunisia will be part of a project that aims to enable low- and middle-income countries to manufacture mRNA vaccines in line with international standards. The project is intended to reduce Africa's reliance on vaccine manufacturers outside the continent.

"One of the most obvious lessons of the pandemic is the urgent need to increase local production of vaccines, especially in low and middle-income countries," said WHO chief Tedros Adhanom Ghebreyesus during the summit in Brussels.

Yet Cyril Ramaphosa, President of South Africa, complained that Intellectual Property (IP) barriers had nevertheless hampered his country and that a waiver of IP rights was required to spread production more evenly.

A TRIPS waiver, if approved, will secure the requisite capacity of the platform, and facilitate the diversification of production to regions that are currently cut out of the manufacturing value chains, said Ramaphosa.

Von der Leyen also announced a 150 billion-euro package dedicated to projects on the African continent. The funds will come from the EU's Global Gateway, a global investment plan aiming at developing infrastructure around the world. Priorities for the projects to be financed by the Global Gateway include the green transition, transport network, digital connection, sustainable agriculture, healthcare and education.

Security and the fight against terrorism were also discussed between representatives of the European and African unions at the summit.