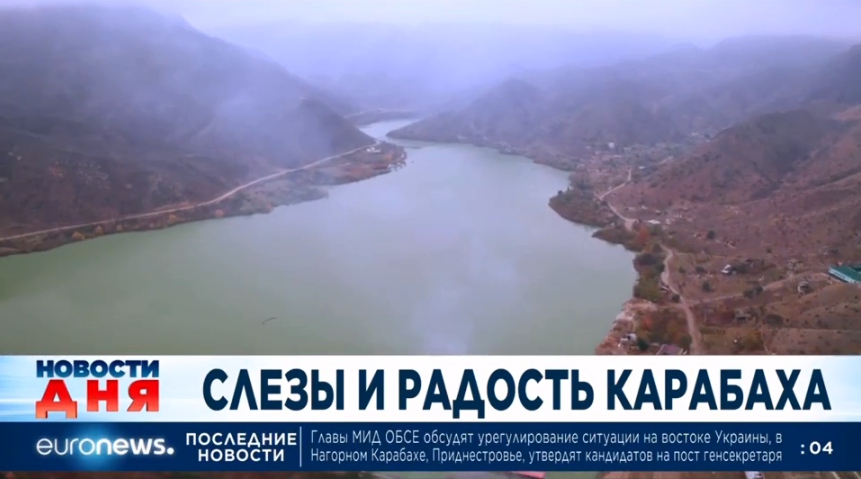 Euronews has aired a story about the Sugovushan village of the Tartar district of Azerbaijan, liberated from the Armenian occupation.

The story covered the recent military operations in the Karabakh conflict zone, Madagiz village was one of the first to come under Azerbaijan's control (later renamed to Sugovushan, following liberation).

“One man asked the film crew to take him with them, these are his native places. According to Khaliq Gumbatov, he was 14 years old when he and his family had to leave the village. He sees his home for the first time in 27 years. The man asked the film crew not to film his tears of joy: They didn’t destroy our house. But the balcony is gone," said the story.

"I remember my childhood. Mom didn’t allow us to go to the lake, she was afraid that we would drown. One night a bearded Armenian came. He said that we should leave by morning. We were only allowed to take a horse. But then that Armenian appeared again, took the horse by the bridle and said: You won’t take this horse. I was small, and was crying. They took the horse away, and we left on foot,” Gumbatov said, as per the story.

"On the way here we passed through several checkpoints. There were only military men everywhere. But local residents are impatient to return home,” Euronews correspondent Emin Ibrahimov reported.