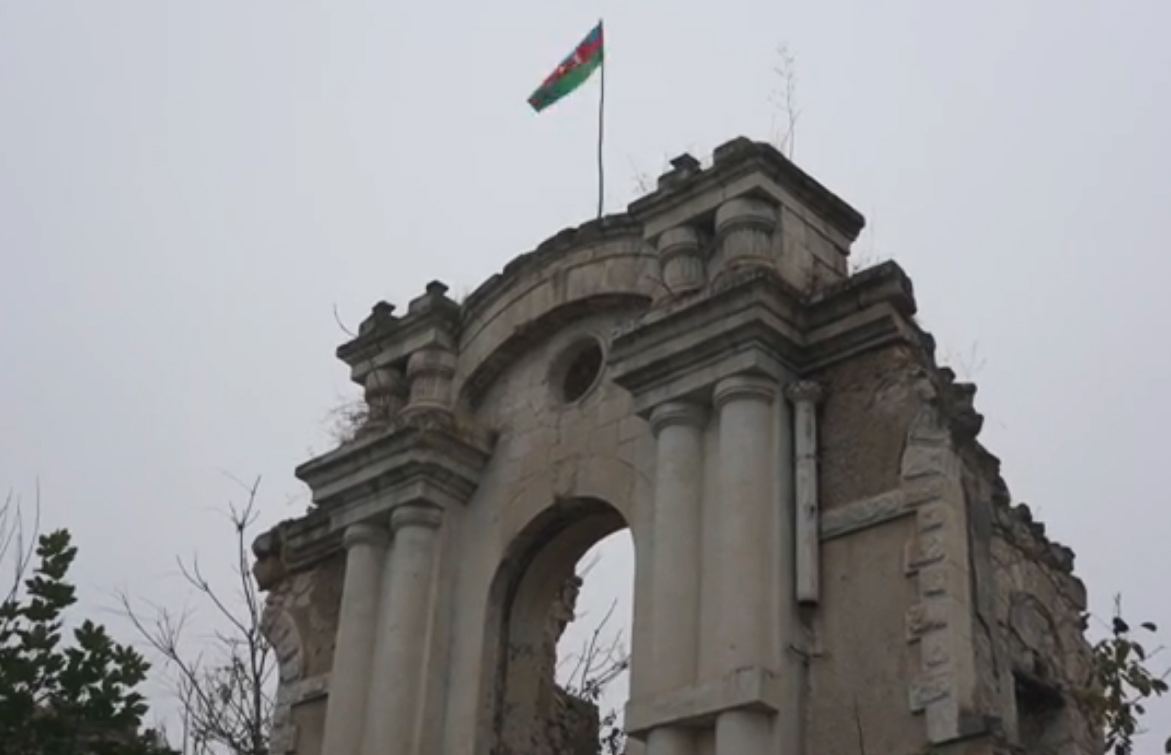 As noted in the video, not a single whole building is left in Fuzuli for Azerbaijani soldiers to hoist the flag of Azerbaijan. It had to be content with the facade of the destroyed house.

Arzu Shafieva, a refugee from Fuzuli: "Almost 30 years ago, when we fled from our house, it was completely different. We did not take anything with us, we left everything. They locked the house because they thought we'd be back. I believe that with God's help, we will still return, take a photo of the new house that we will build, and feel the difference".

Aide to the President of Azerbaijan, Head of the Foreign Policy Department of the Presidential Administration Hikmet Hajiyev said that this is an act of vandalism committed by Armenia against Azerbaijan, in particular, with regard to Fuzuli.

"Before the occupation, 100,000 people lived in the city, it flourished, but everything was razed to the ground. Azerbaijan will restore what was destroyed by the Armenians, bring life back to Fuzuli, and it will again become a prosperous Azerbaijani city".