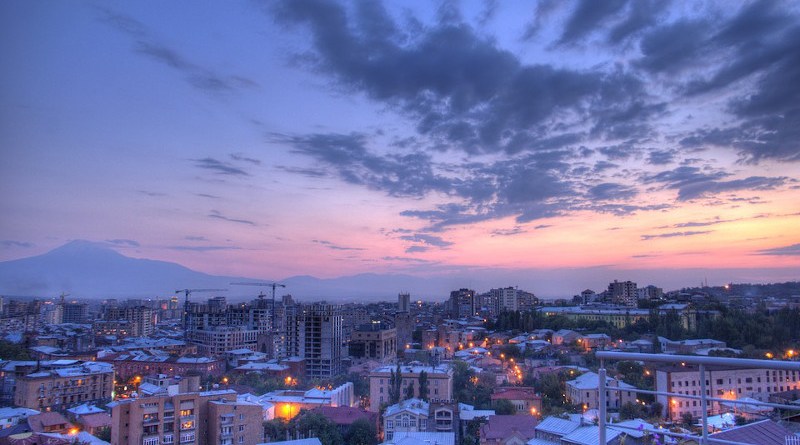 The leading international portal "Eurasia Review" has published an article by a leading adviser at the Center of Analysis of International Relations (AIR Center) Orkhan Baghirov headlined “Economic implications of second Karabakh War for Armenia”.

The Second Karabakh War, which began on 27 September and continued for 44 days, put an end to the three-decades-old Armenia-Azerbaijan conflict. As a result, Azerbaijan restored its territorial integrity and forced the military forces of Armenia to leave Karabakh, the historical land of Azerbaijan.

The heavy defeat of Armenia in the Second Karabakh War and the enormous loss of military personnel created a severe political and social crisis in the country. Armenian citizens began mass protests against the government, demanding the resignation of the Prime Minister. Despite the fact that, in the following months, some progress in Armenia’s political situation was achieved, instability and war-related protests still continue. Along with political problems, the Second Karabakh War has also created economic problems for Armenia. Taking into account that even before the war Armenia had a fragile economy and was dependent on foreign aid, war-related financial problems have made the situation even worse.

War affected the Armenian economy in different spheres. First of all, the military sector of Armenia faced substantial losses. According to the initial estimations, the minimal cost of Armenia’s military equipment, destroyed or taken as trophies by the armed forces of Azerbaijan during the war amounts to $3.8 billion. In the last ten years, the annual military expenditure of Armenia doubled and reached $716 million, which is a quite large amount for a small country like Armenia. Therefore, Armenia has one of the highest military expenditure to GDP ratio worldwide. This indicator reached almost 5% in 2019, which is even bigger compared to Russia and the USA. However, despite the huge military expenditures, Armenia was also faced with heavy defeat and financial damage in the war. The cost of military equipment of Armenia in the Second Karabakh War makes up 77% of the total military expenditures that were spent in the last ten years. Consequently, the Armenian army lost its combat capability and its recovery requires many years.

Along with military losses, the Second Karabakh war created problems in the energy, agriculture and financial sectors of Armenia. During the occupation of about thirty years, Armenia illegally exploited natural resources in the occupied territories, which played an important role in the economic development of Armenia. Previously occupied territories have great energy potential. The Hydroelectric Power Stations (HPS) situated in those territories played important role in meeting the energy demand of the illegally settled Armenian population. Starting from 2018, even the surplus of the produced energy was being exported to Armenia which accounted for 7% of the energy supply of Armenia. As a result of the war, Armenians lost control over the 30 HPSs out of the 36 that existed in the previously occupied territories, which were responsible for 53% of electricity production. In 2020, Armenia planned to import about 330 million kWh of electricity from Karabakh, but due to the war, only some part of the planned volume was imported.

As Armenia got deprived of electricity import from Karabakh, it started to face energy shortage. Now Armenia not only has to import the energy to meet the local energy demand but also has to export electricity to the Armenian population that is left in Karabakh. To eliminate energy shortage, Armenia should increase the share of the Thermal Power Plants which operate with gas or increase the volume of imported energy from abroad. In both cases, it will lead to an increase in the energy prices in Armenia. Already, starting from February 1, electricity prices for households in Armenia have increased by about 7% and more increases are expected.

Because of the war, the agricultural sector of Armenia also has been significantly affected. Like the energy resources, the agricultural resources also have been exploited by Armenia in the previously occupied territories. As those territories are rich with arable land and pastures, it creates great opportunities for the development of crop production and animal husbandry. Agriculture products imported from Karabakh played important role in the provision of food security in Armenia. As a result of the war, 90 thousand hectares or 90% of arable land in those territories came under the control of Azerbaijan. Annually, in those arable lands, 150 thousand tons of different grain products were being produced , 66% of which was being exported to Armenia. Imported grain products from Karabakh met about 25% of the local demand in Armenia. Hence, for preventing a potential food crisis, the Armenian government has to substantially increase the grain imports from other countries. Increasing the share of imported grain in turn will have an enhancing effect on inflation and will worsen the social situation in the country.

The war also had a considerable impact on the financial sector of Armenia. Despite limited financial resources, during the war, Armenia had to increase the budget expenditures in order to meet the increasing military expenses. In October 2020, based on the amendments to State Budget 2020, budget expenditures were increased by about $85 million. As a result of the amendments, in 2020, the budget expenditure reached 27% of GDP and the budget deficit was increased by about three times compared to the initial predictions and constituted 7.6% of GDP. All these changes created substantial economic risks which were reflected in the Debt to GDP ratio (DGR), one of the main indicators of the financial security of the countries. In 2020, the DGR of Armenia passed the 60% threshold and reached at least 66.5%. As the mentioned problems have deepened the financial crisis, the Armenian government now cannot carry out budget projects for 2021. Therefore, the government is planning to reduce the cost of maintaining the state apparatus (10%) and military expenditures.

The formed financial problems in turn affected the macroeconomic situation in Armenia. Despite the initial predictions of negative 5%, because of the war, GDP was diminished by about 8.5% at the end of 2020, which was the worst economic development indicator compared to other regional countries. War also had a direct impact on the exchange rate of the national currency of Armenia (Dram). From the start of the war until the March of 2021, Dram has been depreciated by about 8.6%, forming an inflationary environment. To curb the further deprecation of the currency and inflation risks, the Central Bank of Armenia increased the refinancing rate twice in less than two months. In December 2020, it was raised by about 1% and set at 5.25% and in February it was increased to 5.5%.

All the mentioned economic and financial problems demonstrate that the Second Karabakh War had a significant impact on the Armenian economy. After the war, the dependence of the Armenian economy on foreign debt increased, which was one of the main economic problems. As a result of the loss of the occupied territories, Armenia also faced energy and food shortages which will lead to price increases and growing social discontent. On the other hand, reduced financial resources and deteriorating macroeconomic indicators undermine the economic development perspectives. Therefore, the economic damage of the war will have serious economic implications for Armenia in the long-term period undermining its financial security. All these problems also show that the aggressive and occupational policy against the neighbors never leads to development and the only way for Armenia to achieve rapid economic recovery is to join the regional cooperation.”