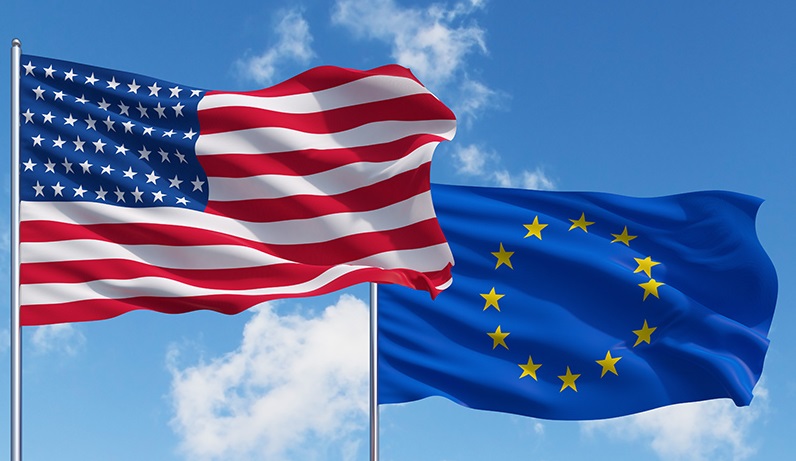 Leaders of the EU and the US will convene for a summit in Brussels on June 15, the EU said in a statement issued on Wednesday following consultations between European External Action Service Secretary General Stefano Sannino and US Deputy Secretary of State Wendy Sherman, TASS reports.

"On 26 May, European External Action Service Secretary General, Stefano Sannino, and US Deputy Secretary of State, Wendy Sherman, met in Brussels to reaffirm the strength of the EU-US partnership on key foreign policy and security issues. They welcomed the upcoming EU-US Summit taking place on 15 June as an important step in the revitalised transatlantic partnership," the statement reads.

The document underlines, "The two sides underscored the shared EU-US interest in strengthening the rules-based international order and pledged further close cooperation in support of democratic values, global and regional stability, and universal human rights." "They discussed a range of foreign policy issues of mutual concern," adds the statement. "They exchanged views on the Eastern Mediterranean, Western Balkans, Afghanistan, Syria, Myanmar, the Indo-Pacific, Ethiopia, and Venezuela."

Moreover, Sannino and Sherman held a first high-level meeting as part of the dialogue between the EU and the US on China. "The two sides reiterated that the EU’s and the United States’ relations with China are multifaceted and comprise elements of cooperation, competition, and systemic rivalry," the statement says.