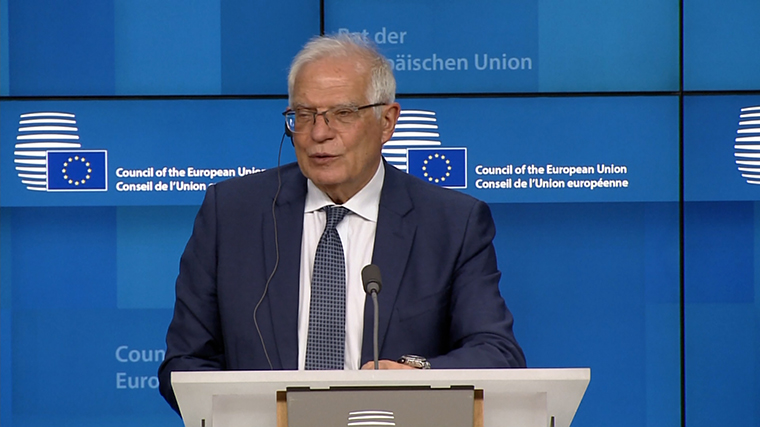 Speaking at a news conference in Brussels, Borrell said “unhappily” it was not possible to reach an agreement on a sixth sanctions package against Russia, telling reporters that “we are with the same difficulties about unanimity on the oil ban.”

The EU has proposed banning all oil imports from Russia by the end of this year and removing the country's biggest bank, Sberbank, from the SWIFT international payments network.

On Wednesday, Hungarian Foreign Minister Péter Szijjártó said Hungary will only vote for EU sanctions on Russian oil if the bloc comes up with solutions to the problems it would create.

Borrell told reporters that the day’s discussion had clarified some issues about the difficulties Hungary is facing.

“It was not even in the agenda to try to get an agreement today, because we knew it was not possible,” Borrell said.

“But we had a very constructive discussion about the reasons why some member states are reluctant — not only about oil ban but other elements of the sanctions package,” he continued.