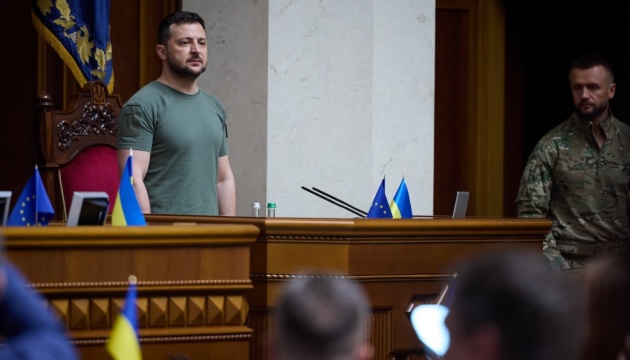 “The EU-Ukraine Association Agreement is already 63% implemented, and 37% remain tasks for all of us, for our state,” the president said.

Addressing the MPs, Zelenskyy noted that they still had to draft, defend before their colleagues, and pass dozens of important draft laws.

“It won't be easy either, but there is no alternative. Even if you know that you will not get applause for this or that decision, but if this decision is necessary for a complicated, important European path, you should make such a decision,” he added.