EU Reporter: Azerbaijan – from battlefield to the hub of inter-regional projects 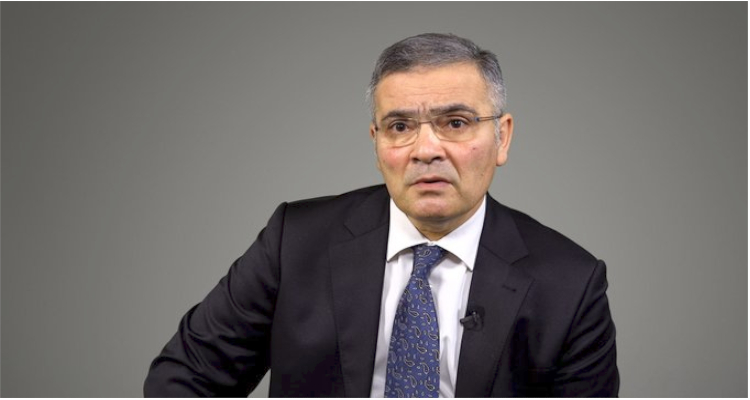 EU Reporter, a Brussels based European multimedia news platform, has published an article entitled “Azerbaijan – from battlefield to the hub of inter-regional projects” by Fuad Isgandarov Ambassador, Head of Delegation of the Republic of Azerbaijan to the EU.

““To find yourself, think for yourself” – this is how great philosopher Socrates described the freedom and independence almost 2,500 years back. This aphoristic sentence provokes potentially limitless debates on determinism between the independence of nations, and their development, achievements and contributions to the humanity. History of nations is full of proves for supporters of such a determinism, but the price paid for national pride, independence, sovereignty and territorial integrity differs by geographic regions, as well as by countries.

Azerbaijan, located at the meeting point of Europe, Asia, Middle East and circled by regional and global scale important actors like Russia, Turkey and Iran, historically has been a fault zone and battlefield between imperial powers. The strategic importance of this relatively small country is inversely proportional to the size of its modern territory which comprehends only 0,06 percent of total land area of the Earth. Imperial wars and fierce competition of middle ages over its territory has intensified after the discovery of vast oil reserves in the 19th century. This deadly rivalry had continued in the course of the WWI and culminated with Operation Edelweiss, a Nazi German plan to capture the oil fields of Baku during the WWII.

However, there is a period of 23 months at the beginning of the 20th century that occupies a glorious page in the history of Azerbaijan. In the brief moment between the collapse of imperial Russia and the establishment of the Soviet Union, on May 28, 1918 independent Azerbaijan Democratic Republic was proclaimed. Though short-lived ADR was the first parliamentary democracy in the Muslim world who demonstrated unprecedented track record of reforms granting equal political, social and economic rights to all its citizens regardless of nationality, religion, class, or gender. Being the first republic in the Islamic world to empower women by extension of suffrage, Azerbaijan was way ahead of many modern democracies in the world. In a September 1919 speech, U.S. President Woodrow Wilson recalled his meeting with the Azerbaijani delegates representing the ADR at the Paris Peace Conference with following words: “I was talking to men who talked the same language that I did in respect of thoughts and ideas, in respect of conceptions of liberty, and in respect of rule of law and justice”.

Bolshevik military intervention resulted in the termination of independence of Azerbaijan in April 1920, leaving 70 years of forced break until 1991, when Azerbaijan proclaimed its independence again. Despite the first years of independence has brought considerable economic and social hardships doubled with the devastating humanitarian crisis caused by the Armenian aggression and occupation, the signing of 7.4 billion USD worth oil agreements with international companies in 1994 paved a new way to turn Azerbaijan into a modern, powerful state with sustainable economic development. This strategy, which was the first major indication that Azerbaijan has started to think for himself again, launched the process of fundamental transformation of the political, economic and social reforms.  Successful construction and commissioning of Baku-Tbilisi-Ceyhan and Baku-Supsa oil pipelines, Baku-Tbilisi-Erzurum gas pipeline has also showcased Azerbaijan as a reliable and committed partner of the EU contributing to pan-European energy security and beyond.  Now Azerbaijan is a key enabler of another inter-regional project – Southern Gas Corridor – which will help increase European energy security by bringing Caspian gas resources to markets in Europe for the very first time.

Yet there is another strategic area of cooperation emerging for Azerbaijan. COVID-19 crisis proved one more time the national security component of diversifying the international supply routes and sources. At this point, the territory of Azerbaijan which plays a natural bridge role between the East and West, North and South comes to help. When some of the countries implement restrictions, Azerbaijan kept open all its transit/transport corridors connected to different parts of the world. There were not been implemented any restrictions on any international freight crossing Azerbaijan through land, water and air corridors. The geographic coverage of those trade corridors spans across but not limited to China, Afganistan, Central Asia, Persian Gulf / Iran and India, Caspian Sea, Georgia, Ukraine, Turkey and wider Black Sea basin with coastal member states such as Romania and Bulgaria, as well as Poland, Austria, and the Baltic countries. Newly commissioned Baku – Tbilisi – Kars railway is becoming an imprtoant link in this regard.

In order to successfully support and develop those inter-regional trade corridors, it is necessary to achieve a solid political and macro-economic stability in the country. Azerbaijan has proved itself in that regard back few years ago when it provided a favorable, liberal investment regime for foreign companies in oil-and-gas industry. It is keen to do so again, this time in trade-logistics sector by creating a Free Economic Zone in Alyat, around the new and still expanding Port of Baku. Its goal is to facilitate trade across Europe and Asia and, in so doing, to revitalize the idea about ancient Silk Road by applying modern instruments of trade facilitation and investment promotion. The potential for that is enormous. Basically, Free Economic Zone in Alyat has a potential to bring to Azerbaijan and in a domino-effect to the region what once the Contract of the Century gave back in 1994. This time, it will be all about going non-oil and boosting a drive to diversify away from hydrocarbons. Offering a maximum available liberal investment and fiscal regime to local and foreign investors, producers, traders or logistics operators, this Zone will also contribute to a gradual shift to more innovative governance platforms in various fields of economy. It basically will push for a mushroom effect of regional logistics-trade zones, thus connecting several ports and trade routes. It is expected also to give rise to a green and digital hub concept across the region."