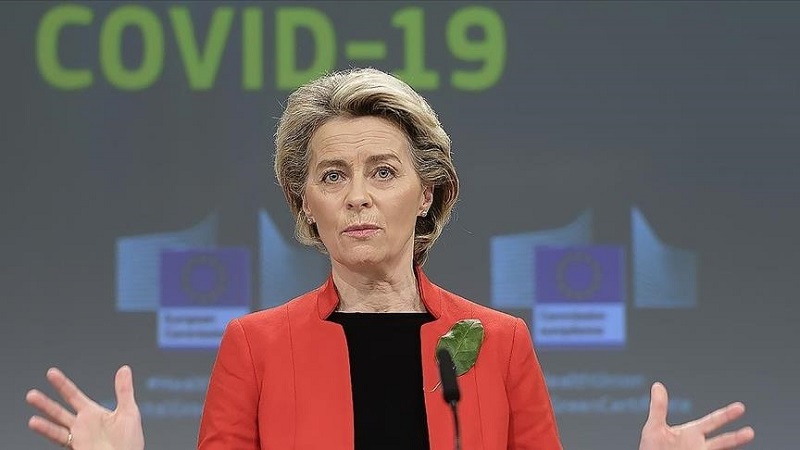 “We want reliable deliveries of vaccines. We want an increase in [the delivery stipulated by] the contracts. We want to see reciprocity and proportionality in exports, and we are ready to use whatever tool that we need to deliver on that,” Ursula von der Leyen, president of the European Commission, told a press conference.

The head of the EU executive said the bloc is considering imposing export restrictions on vaccine-producing countries if they are not sending jabs to the EU, as well as on states whose population has a higher vaccination rate.

Von der Leyen said the EU is expecting reciprocity to see vaccine exports coming back from producers to the European Union.

She cited the UK as “country number one" when exports from the European Union are concerned.

To date the bloc has exported over 10 million doses to the UK and is expecting the delivery of AstraZeneca jabs produced in Britain.

“This is about making sure that Europe gets its fair share,” von der Leyen argued.

Over the past six weeks, the EU authorized the export of 41 million vaccine doses to 33 countries, according to von der Leyen.

Last week the EU extended the export control mechanisms on coronavirus vaccines produced in member countries until the end of June.

The transparency and authorization mechanism is meant to verify if a pharmaceutical company, which signed an advanced purchase agreement with the bloc and received financial support for the development of vaccines, has already delivered the jabs before granting export permits.