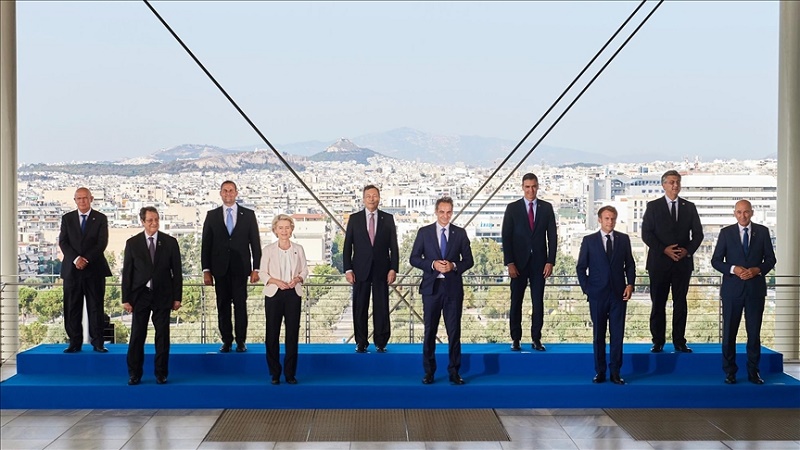 Nine European countries bordering the Mediterranean meeting in Athens on Friday agreed on global action against climate change and to preserve the natural environment of the Mediterranean, Anadolu Agency reports.

He added that Greece and its allies are working on building a stronger civil protection mechanism as well as protecting the forest and seas.

In a declaration issued at the end of the meeting, the nine countries' leaders committed to implementation of the Paris Agreement to work to rein in climate change.

The leaders also discussed the recent crisis in Afghanistan and migration issues. Mitsotakis said: "We will not allow the recurrence of the phenomenon of uncontrolled migration flows that we experienced in 2015."

The participants also adopted a joint declaration on issues of political and humanitarian significance, referring to peace, security, and stability in the Mediterranean as a strategic priority of the EU.

They also discussed Syria, Lebanon, Libya, and Afghanistan, and joint efforts to tackle the COVID-19 pandemic, among other issues.