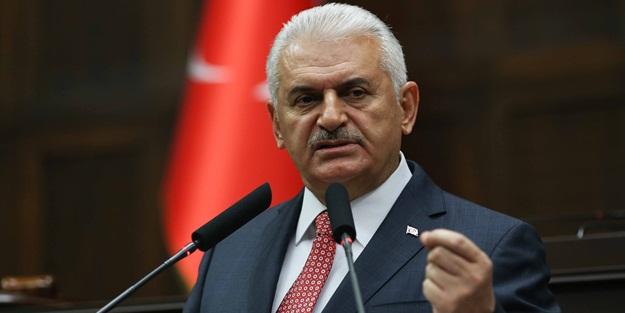 In an interview with London’s Evening Standard on Monday, Yildirim said: “The main problem with the EU is it has become a very bureaucratic state, instead of a political state.

“High-level officials are running it on behalf of members. So, decision-making on any subject takes much longer and people are exhausted.”

The premier said EU leaders had broken some of their promises to help the 2.2 million Syrian refugees in Turkey and were in “deep confusion” over Turkey’s stalled membership application.

“We saved life, we educate children, we care for them and keep them on our soil.

“Europe should appreciate this and take responsibility for how we can share the load,” he said.

He pointed out that Europe’s safety was tied with Turkey. “The safety of Europe and the security of European people start from Turkey.

“If we do not have the necessary security measures in Turkey, Europe will not be safe,” he said.

About how long it would take for a trade deal between Britain and Turkey, Yildirim said it could take two to four years: “This is quite new for everybody.”

British Prime Minister Theresa May paid a visit to Ankara in January and raised British interest for a quick trade deal following Brexit.

Yildirim also criticized “Western leaders for failing to support action against those accused of being behind the failed 2016 attempted coup.”

He said Western leaders instead criticized the treatment meted out to people he regarded as criminals and terrorists.

“What they did is say: ‘Please be polite to those that organized the coup, treat them nicely.’ What is this? It is not acceptable,” Yildirim said.

About Donald Trump, he said the American leader is “a very good president” on a “learning curve”.

“He is learning fast and taking decisions quickly,” he said.

About Turkish President Recep Tayyip Erdogan, Yildirim said: “He is probably one of the most merciful persons in the world.”

He said once people get to know the Turkish president more closely they would “really like him. He does not play games. He speaks his mind. He does not like to get lost in the labyrinths of diplomacy. That is why some people do not like him.”