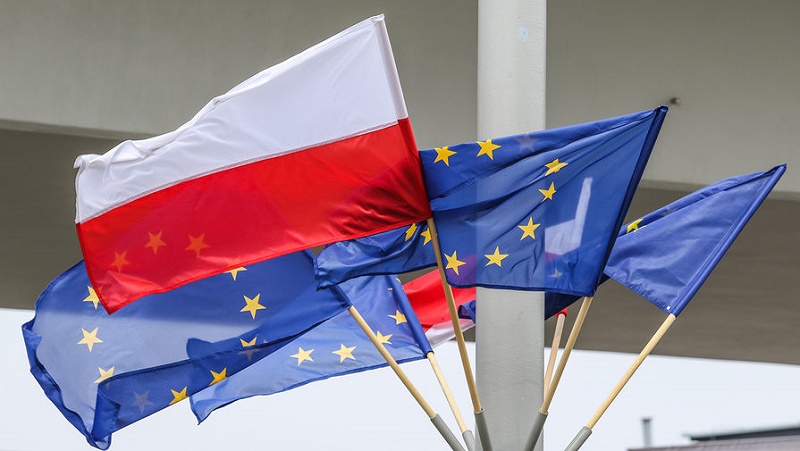 The European Union acerbated a standoff with Poland over judicial independence and the primacy of EU or national law Wednesday as the bloc's top court fined the recalcitrant member nation $1.2 million a day to prevent what it called “serious and irreparable harm” to the EU's legal order and values, France24 reports.

The European Court of Justice imposed the penalty after a weeklong war of words in which Poland told the EU to stay out of its judicial affairs while other EU member states insisted that Warsaw could not continue to hog subsidies while disregarding the bloc's democratic and rule of law principles at will.

“You cannot pocket all the money but refuse the values,” Belgian Prime Minister Alexander De Croo said, warning Poland not to treat the EU like “a cash machine.” He spoke at the opening of the College of Bruges, an academic well of European thinkers.

The Court of Justice decided to syphon off some of those subsidy funds, saying the daily fine was “necessary in order to avoid serious and irreparable harm to the legal order of the European Union and to the values on which that Union is founded, in particular, that of the rule of law.”

The EU's executive commission had requested the penalty until the Polish government acts to improve the functioning of the Polish Supreme Court and suspends new laws deemed to undermine judicial independence.

The point of contention is the Disciplinary Chamber of the Supreme Court, a body that the ruling party gave the power to discipline judges. Many Polish judges view the chamber as a tool to pressure judges to rule in favor of the governing authorities.

In July, the European Court of Justice ordered the suspension of the disciplinary chamber, but it is still functioning.

Polish Prime Minister Mateusz Morawiecki told the European Parliament last week that the chamber will be abolished, but he gave no precise timeframe.

De Croo on Wednesday targeted Morawiecki who accused the EU of threatening “World War III” for insisting that Poland should respect the independence of the judiciary and the primacy of EU law. The Belgian prime minister said his Polish counterpart was “playing with fire when waging war with your European colleagues for internal political reasons.”