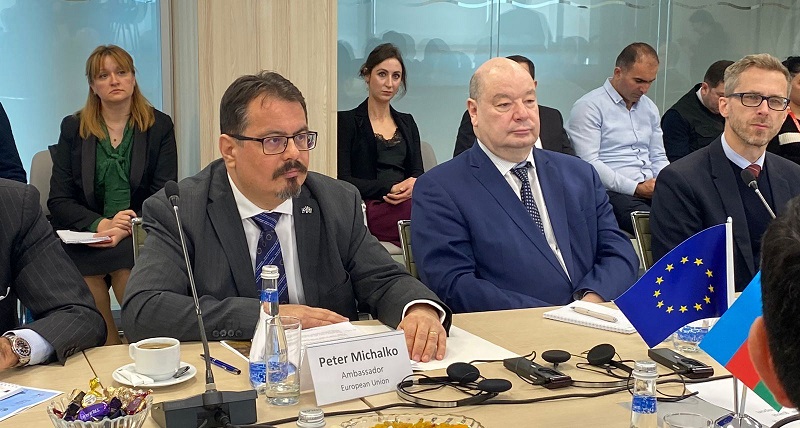 The European Union closely cooperates with the Azerbaijani government in the fields of transport and green development, Ambassador Peter Michalko, Head of the EU Delegation to Azerbaijan, said on Friday.

He made the remarks while speaking at a ceremony to launch the project on “Support for improvement of operational capabilities of Port of Baku and implementation of Green Port concept” in Baku, News.Az reports.

The diplomat noted that the EU can invest up to two billion euros in the implementation of projects in Azerbaijan in such spheres as 'green' and digital development, as well as transport.

He said that the project on operational capacity improvement of the Port of Baku once again demonstrates the importance of EU-Azerbaijan cooperation.