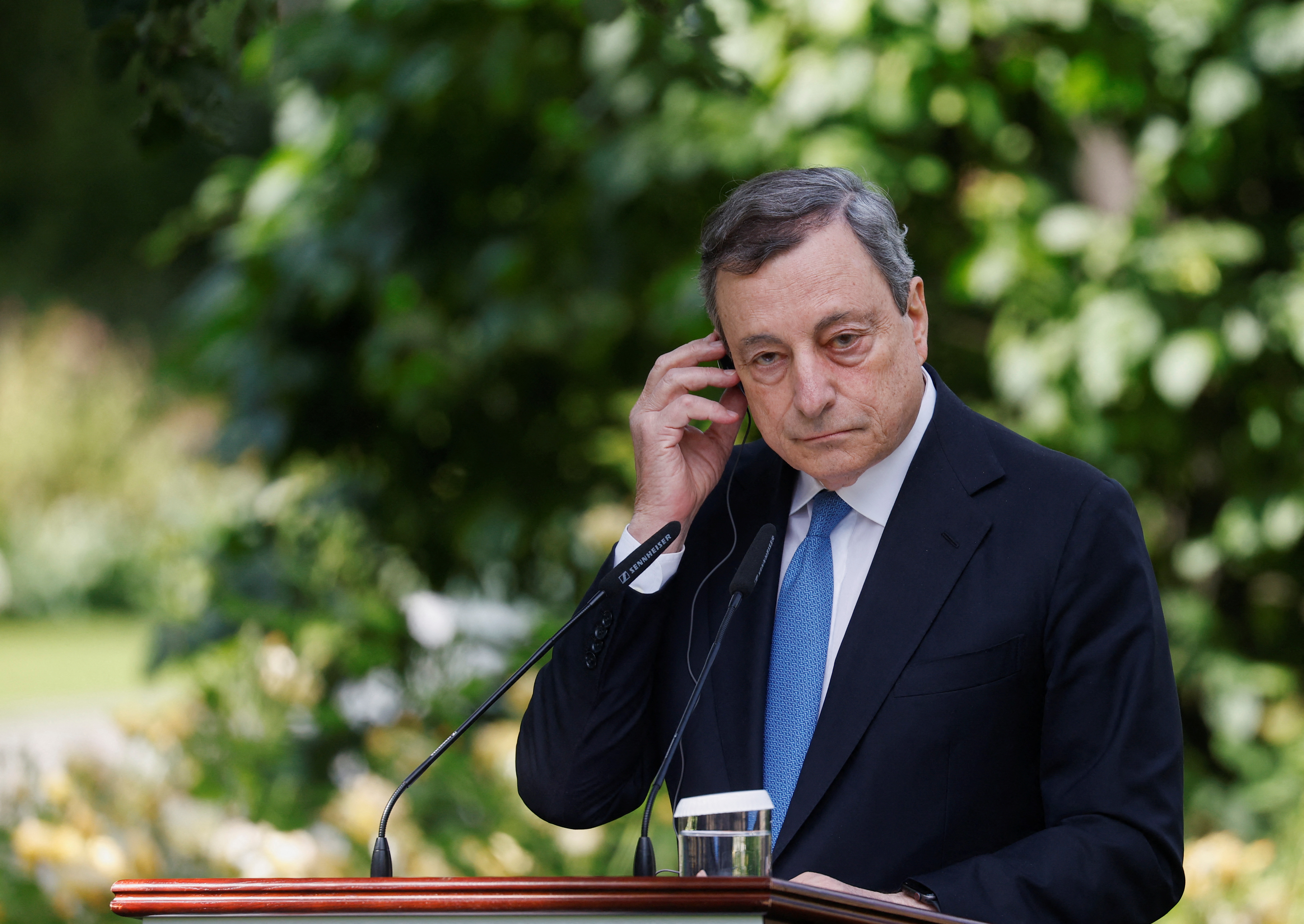 He is in Kyiv on an official visit along with other European leaders.

“I want to say today that the most important message of our visit is that Italy wants Ukraine in the European Union and wants Ukraine to have candidate status and will support this position in the next European Council,” Draghi said during a joint press conference Thursday with Ukrainian President Volodymyr Zelensky and his fellow European leaders French President Emmanuel Macron, German Chancellor Olaf Scholz and Romanian President Klaus Iohannis.

“The Ukrainian people defend every day the values of democracy and freedom that are the basis of the European project, of our project. We cannot delay this process,” Draghi added.

Zelensky understood the path from candidate to member of the EU was “a path, not a point,” the Italian prime minister also said, adding that “profound reforms” in the Ukrainian society had to be seen.

Draghi also warned that the humanitarian crisis in Ukraine “must not turn into a world catastrophe” and asked to “unlock the millions of tons of grain that are blocked in the Black Sea ports” through safe corridors.

“The only way forward is with a United Nations resolution, which regulates the creation of corridors in the Black Sea. Russia has so far rejected it,” Draghi said.