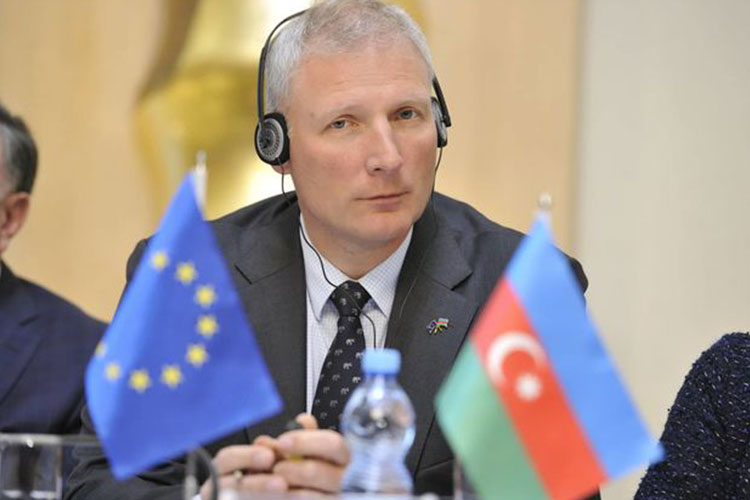 The negotiations on a new agreement between Azerbaijan and the EU are underway, Head of the EU Delegation to Azerbaijan Kestutis Jankauskas said in Baku at the event dedicated to International Women's Day - March 8, Trend reports.

“This year cooperation envisages two main issues - within the Eastern Partnership and negotiations, which continue under a new agreement with the Azerbaijani government,” head of the EU Delegation added.

“The agreement will be able to change the attitude and approach to the "Eastern Partnership" program and will allow switching to a new format of cooperation,” Jankauskas said.

Jankauskas also emphasized that one of the priority issues in the EU is gender equality and women's rights.

"We pay special attention to gender issues in all projects that we implement in Azerbaijan," he said.

Reminding that last year, the EU implemented the “Maiden Tower. To be a Woman” project in Azerbaijan, Jankauskas stressed that this project focuses on women's rights.

The head of the EU Delegation to Azerbaijan also stressed the importance of Azerbaijan joining the Istanbul Convention, expressing the EU’s readiness to support Azerbaijan.

The Convention is open for signature since May 11, 2011 in Istanbul. It has been signed by 46 countries and the EU.

Turkey became the first country which ratified the Convention on March 12, 2012, followed by 33 more countries from 2013 through 2019.