EU and US working to reduce Russian energy profits 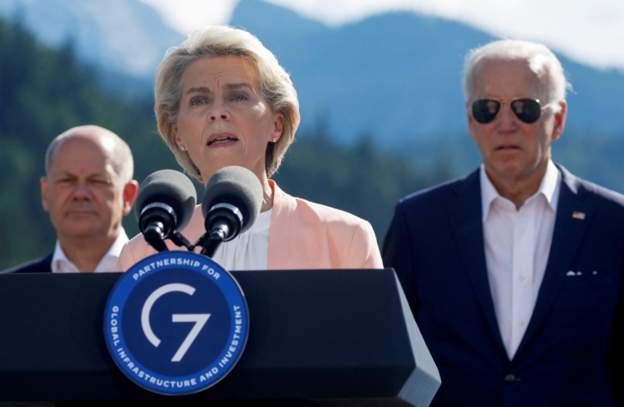 In a joint press release, US President Joe Biden and EU chief Ursula von der Leyen have accused Russia of continuing "to use natural gas as a political and economic weapon", citing the "politically-motivated disruption" to gas supplies to several EU member states as just one example of Russia's aggression, News.az reports citing BBC.

The statement said Russia's actions had only underscored the need for the EU to end its reliance on Russian gas, and further motivated all parties to find ways of reducing Russia's "energy-derived revenues" - which is funding the "unprovoked war in Ukraine".

"These actions are important, necessary, and immediate steps we can take, but we also recognise t