EU accepted the realities of the post-conflict period - Azerbaijani President 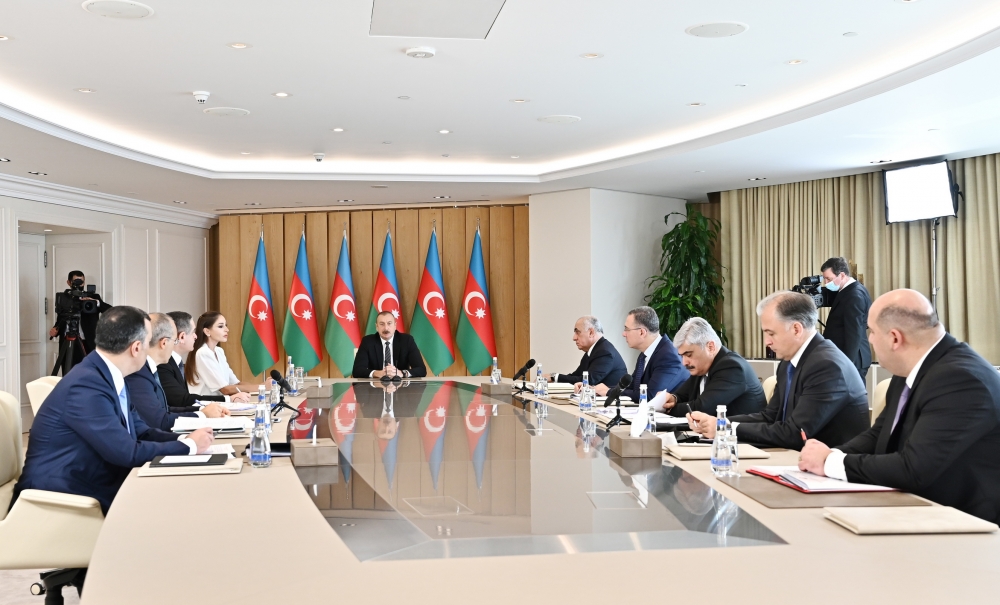 “Our contacts with the European Union have intensified after the war. The European Union has also accepted the realities of the post-conflict period, said President of Azerbaijan Ilham Aliyev as he made a speech at the meeting on the results of the first quarter of this year, News.az reports.

“At the initiative of the President of the European Council, Mr. Charles Michel, trilateral meetings were held in December and April. Information about the meetings has been provided. But, of course, both the experts and the Azerbaijani public could see that the final communiqué did not contain the expression “Nagorno-Karabakh”, which is quite natural. Because Azerbaijan expressed its protest, so there is no word “conflict” either. This is natural, because there is no conflict. The conflict has been resolved,” the head of state emphasized.