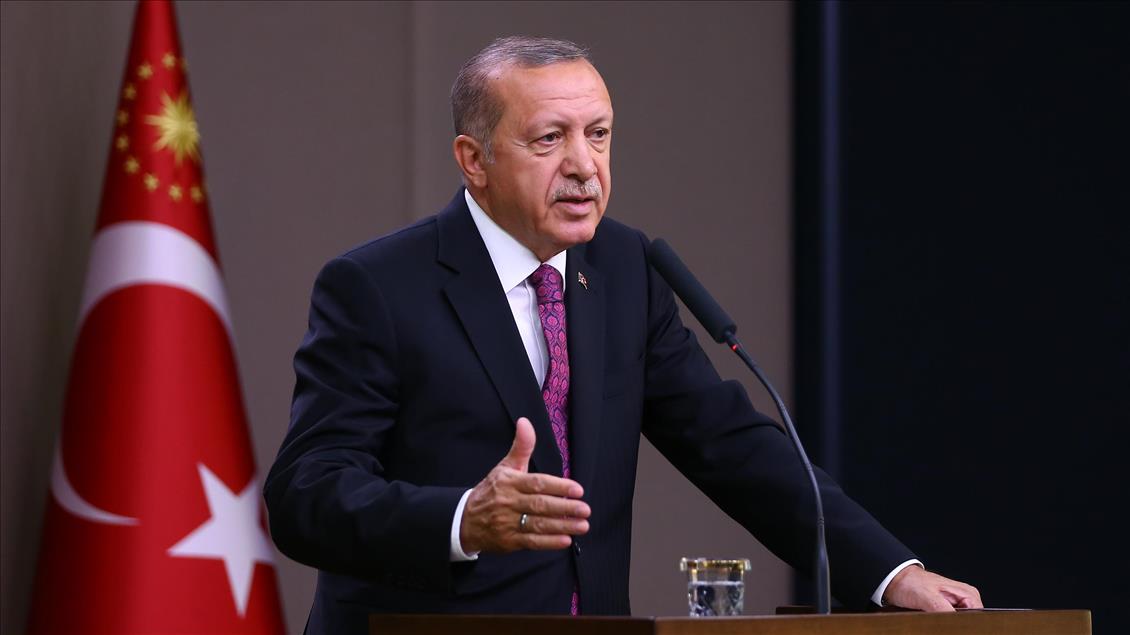 "We are now working to resolve the hostage crisis. We are taking steps and we have reached a certain point. On the other hand, we took the steps regarding the grain corridor," Erdogan said in an interview with US TV show PBS NewsHour aired on Monday.

Following a two-day visit to Uzbekistan, Erdogan is currently in New York City to attend the 77th session of the UN General Assembly and is holding talks on the sidelines with heads of state and government.

"I had extensive meetings with (Russian President Vladimir) Putin in Uzbekistan. I realized that they are actually trying to finish this as soon as possible. This situation is a big problem.

"At this point, for example, an agreement has been reached on the exchange of 200 hostages. This is a good development. Because with these hostages, a very important step has been taken there. Currently, officials are managing its technical dimension. With this, we will have achieved a good development," Erdogan said.

Erdogan stressed that he has told both Putin and his Ukrainian counterpart Volodymyr Zelenskyy that "there is no winner in a war that ends in the deaths of people."

The president said that Türkiye has followed a balanced policy between Russia and Ukraine since the war started in February and favors listening to both sides.

"That's why we have a persistent desire to bring these leaders together. Let's bring them together. I want to hear everything from them. We haven't succeeded yet, but I'm not without hope," he added.

Speaking about the grain corridor, Erdogan reiterated his wish for grain exports from Russia to start soon, saying: "My only desire is to ensure the shipment of products to underdeveloped or poor countries, not developed countries."