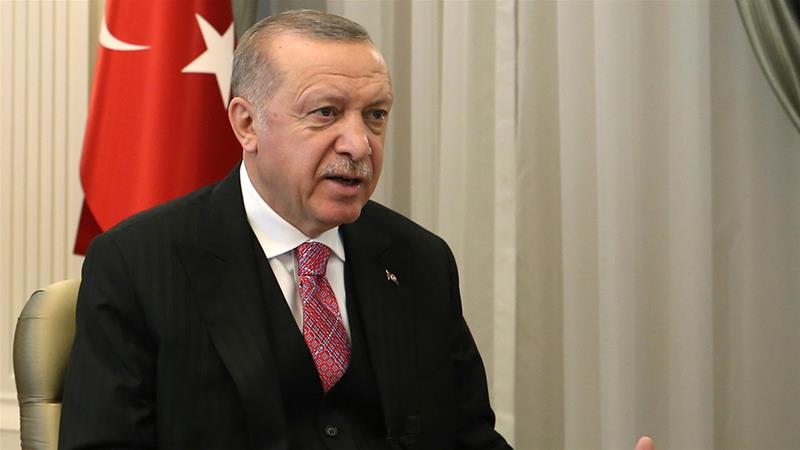 President Recep Tayyip Erdoğan said a win-win solution to the ongoing crisis with Greece over the Eastern Mediterranean is possible through dialogue, Daily Sabah reports.

He was speaking at the 19th foundation anniversary ceremony of the ruling Justice and Development Party (AK Party) in Ankara.

Touching upon the tensions over the Eastern Mediterranean with Greece, Erdoğan said the Greek Cypriot administration and Greece are increasing tensions in the region by ignoring Turkey-Turkish Cypriots.

He noted that Turkey's actions in the Eastern Mediterranean are fully in line with international law.

"Turkey has done nothing but legitimate actions in coordination with the memorandum signed with Libya in the Eastern Mediterranean," he said, adding that while Turkey does not intend to violate any country's rights in the region, it will also not allow others to infringe its own rights.

The president also criticized French President Emmanuel Macron for his stance against Turkey.

"Macron and others like him only want to bring the colonial period back through their actions in the region. This is far from what Turkey’s aims are," he said.