Erdogan: Let whole world know that Turkey to be always close to Azerbaijan 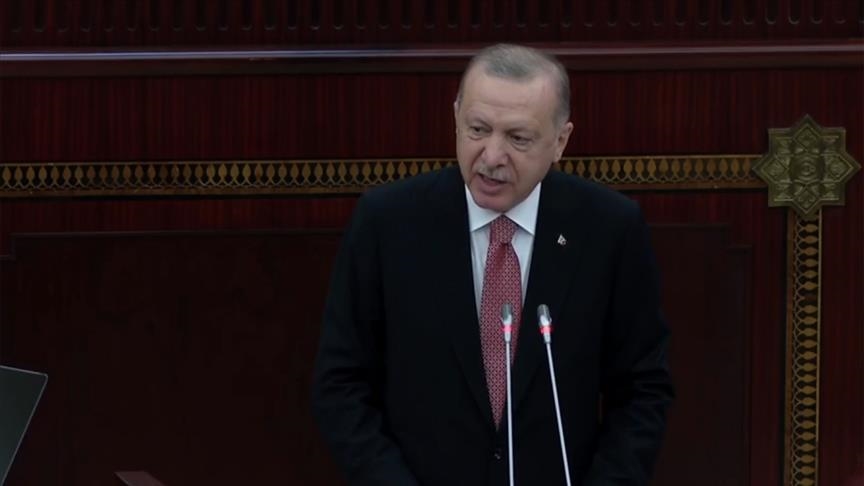 Today Turkey is close to Azerbaijan, President Recep Tayyip Erdogan said at a special meeting of the Azerbaijani parliament on Wednesday.

“Let the whole world know that this will continue,” the president said. “The liberation of the Nagorno-Karabakh region from the Armenian occupation is the most important event of the 30-year independence of Azerbaijan.”

"My brothers, Azerbaijanis, have been internally displaced people for 30 years,” the president said. “After 30 years, these lands were returned to their owners.”

“Once again I thank President of Azerbaijan, my brother Ilham Aliyev for bringing this victory and peace to the people of Azerbaijan,” the president added. “I congratulate the Azerbaijani people on this victory. Turkey has been and will be on the side of fraternal Azerbaijan.”

“Today we are close to Azerbaijan and let the whole world know that this will continue. The Azerbaijani and Anatolian youth united and gained a victory in Canakkale, the lions of Nuri Pasha assisted Azerbaijan in 1918, so we will be together today and forever. The joy of Azerbaijan is the joy of Turkey, its pain is our pain,” Erdogan concluded.