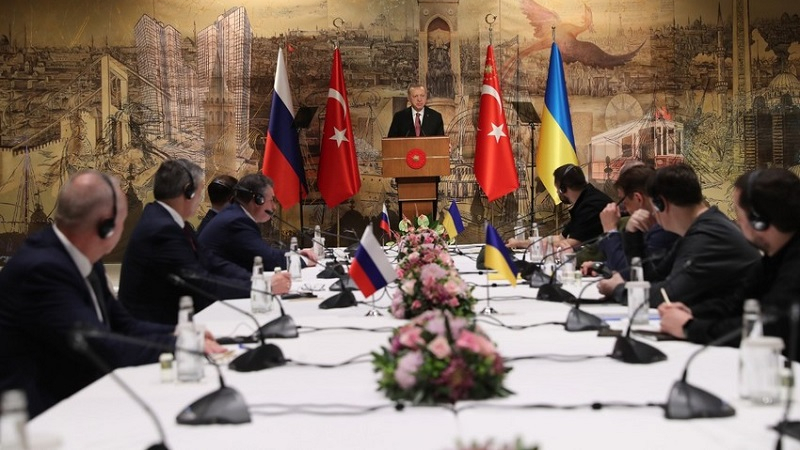 Turkiye’s president once again expressed his country’s readiness to host a meeting between the presidents of Russia and Ukraine, News.Az reports citing Turkish media.

President Erdogan on Tuesday met with the Russian and Ukrainian delegations, which are in Istanbul for the next round of talks.

“The world is waiting for good news from you. The results you will achieve can also pave the way for a meeting at the presidential level,” Erdogan told the Russian and Ukrainian delegations.