Erdogan reacts against Merkel’s use of phrase ‘Islamist terror’ 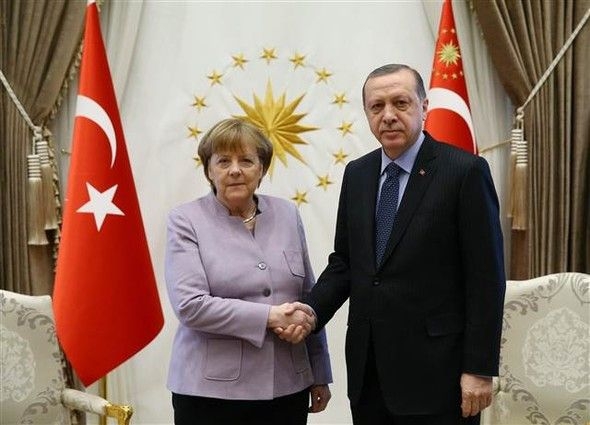 “With the [attempted] coup we saw how the Turkish people stood up for democracy and for the rules of democracy in Turkey. That is exactly why, in this decisive phase, it is important that freedom of opinion is upheld and in connection with this we have spoken about press freedom,” Merkel said.

Asked about the upcoming referendum on constitutional changes that would shift Turkey to an executive presidential system of governance, she said “everything should be done to ensure that separation of powers and plurality of opinion are guaranteed.”

“Everything should be done so that social pluralism and separation of powers are under guarantee in such a profound political transformation,” Merkel said, adding that she had conveyed her recommendation to Erdoğan that Organization for Security and Cooperation in Europe (OSCE) observers be present during the referendum.

“The democratic principles that the Turkish public defends should be protected in the new system,” she said

Meanwhile, the Turkish president also reacted against Merkel’s use of the phrase “Islamist terror,” saying it would be disappointing to use the term due to ISIL.

“Please don’t use it. As a Muslim president, I cannot accept it,” Erdoğan said.

In her reply, Merkel stressed the difference between “Islamic” and “Islamist” and said she attributes great importance to freedom of religion in Germany.