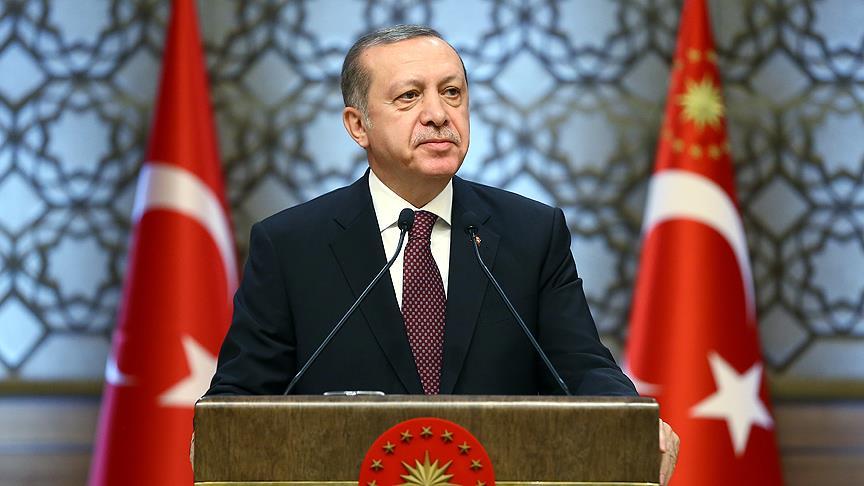 The deal has caused concern among Turkey’s NATO allies as the Russian air defense system is incompatible with the air defenses of other NATO members.

“They went crazy just because we made the S-400 deal,” Erdogan told a meeting of city mayors from his ruling party in Ankara.

"What are we supposed to do? Wait for you? We are taking security measures and will continue to do so", - said Erdogan

Earlier this week, Erdogan said the first payment for the S-400 had been made. The total value of the deal is believed to be around $2.5 billion.

Vladimir Kojin, an aide to Russian President Vladimir Putin, confirmed on Tuesday that a contract had been signed.

“I can merely guarantee that all of the decisions made under this contract strictly agree with our strategic interests,” he told the TASS news agency.

The compatibility of the S-400 system is the main concern of NATO.

“We have relayed our concerns to Turkish officials regarding the potential purchase of the S-400,” Pentagon spokesman Johnny Michael told U.S. broadcaster CNBC in a statement on Tuesday.

“A NATO inter-operable missile defense system remains the best option to defend Turkey from the full range of threats in the region.”

In March, then Defense Minister Fikri Isik said Turkey had looked to buy a missile system from one of its NATO partners but could not reach agreement on sharing technology or a price.

In recent years, Turkey has sought to build its domestic defense industry to reduce reliance on foreign suppliers.

The S-400 is Russia’s most advanced long-range anti-aircraft missile system and can carry three types of missiles capable of destroying targets including ballistic and cruise missiles.

It can track and engage up to 300 targets at the same time and has an altitude ceiling of 27 kilometers (17 miles).