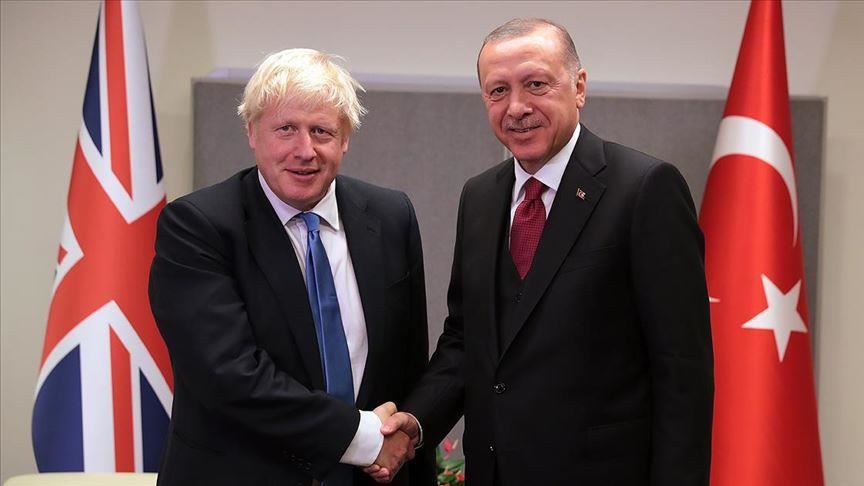 President Recep Tayyip Erdogan discussed bilateral relations and defense and trade cooperation between Turkiye and the United Kingdom with British Prime Minister Boris Johnson on Friday, according to a statement by the Presidency's Directorate of Communications, News.Az reports citing Daily Sabah.

The two leaders discussed the means to strengthen bilateral ties in the phone call, the statement said.

They also touched upon developments in Syria and Ukraine, as well as regional and global issues such as the climate and refugee crises.

Turkiye-U.K. relations have reached extraordinary levels in the last decade. Both countries have been enjoying well-established relations based on their NATO membership, mutual economic interests and shared security concerns.

The U.K. is Turkiye’s second-largest trading partner after Germany. It is also among the 17 countries with which Turkiye increased exports last year in five priority sectors – machinery, automotive, electronics, chemicals and food. Turkiye's top exports to the U.K. are comprised of electrical, machinery and devices.

Turkiye's post-Brexit exports to the U.K. surged 36.5% from January through July 2021, according to Turkish Exporters’ Assembly (TIM) data.