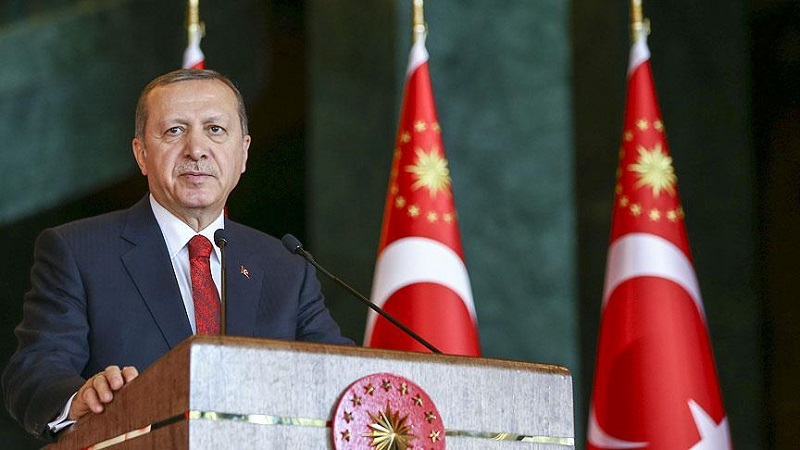 The Turkish president on Saturday termed a French parliament resolution on Nagorno-Karabakh a “complete disaster,” according to Anadolu Agency.

“The decision taken the previous day in the parliament of France, the co-chair of the [OSCE] Minsk Group, is a complete disaster beyond the scandal,” Recep Tayyip Erdogan said at the opening ceremony of a newly built motorway in eastern Turkey via video link.

A so-called French resolution to recognize Nagorno-Karabakh as an independent state was adopted on Friday.

Erdogan noted that Azerbaijan did not attack anyone or anyone’s lands, and it just liberated its own lands that had been occupied by Armenia for nearly 30 years despite UN and OSCE resolutions.

“It [Azerbaijan] did this by remaining within the framework of legitimacy, not by targeting civilians and civilian settlements like Armenians,” Erdogan stressed.

Referring to the French resolution, he said that such an attack on the sovereignty rights of a state is “unacceptable”.

“We hope that the international public will react to this approach, which is dangerous and will threaten all states, initiated by France,” Erdogan said.

The Turkish president also warned that Europe would get the most damage from this distortion, as it owes its current political unity to “a very bloody and dark period of struggle.”