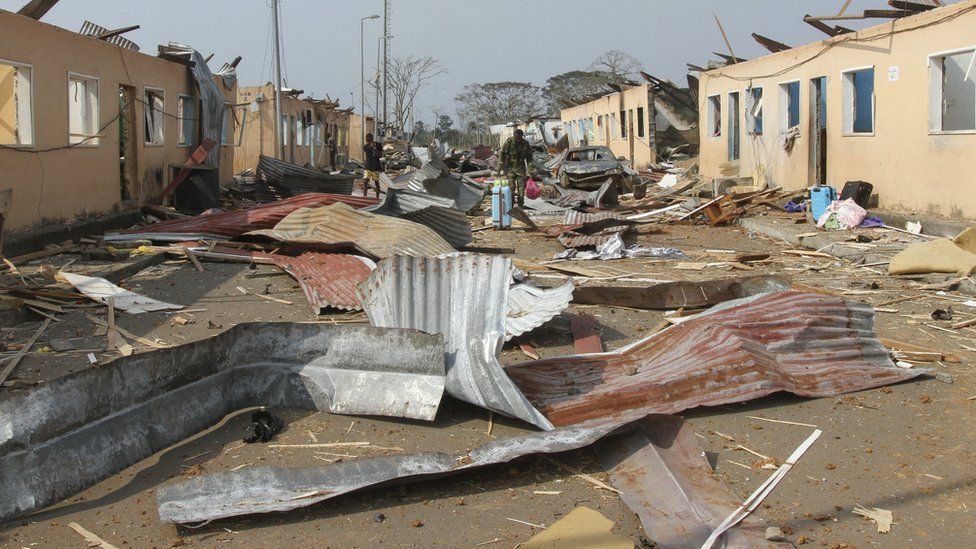 The death toll rose to 105 on Tuesday following a series of explosions at an army barracks in the most populous city of Equatorial Guinea, according to officials, Anadolu Agency reports.

"It is a pain that we all suffer and we plan to overcome together as the great family that we are," Vice President Teodoro Nguema Obiang Mangue tweeted.

The Health Ministry said 482 people who had been injured were discharged but 133 remain at Bata Regional Hospital, La Paz Medical Center and Guinea Salud Polyclinic.

A series of explosions on Sunday rocked an armory of the Nkuantoma Gendarmerie and military barracks in Bata, the commercial city of Equatorial Guinea, causing widespread damage to residential buildings.

The first humanitarian aid plane from Spain arrived in Bata with essential medical supplies for hospitals to attend to those affected by the explosion, the Health Ministry said on Twitter.

The health system is already stretched by its response to COVID-19, which makes the emergency critical, the UN Office for the Coordination of Humanitarian Affairs said late Monday.

Equatorial Guinea is a country of 1.2 million that relies heavily on its oil and natural gas industry.

The Central African country is made up of the Rio Muni mainland and five volcanic offshore islands.

The capital Malabo on Bioko Island is a hub for the country's prosperous oil industry.

Bata is a port and commercial city on the mainland.