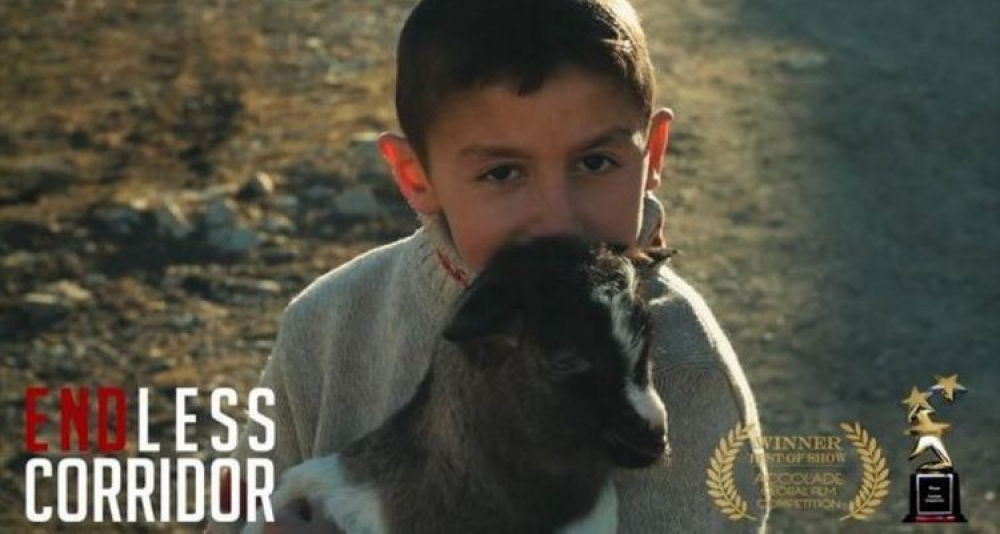 Amazon Prime has made the movie ‘Endless Corridor’, the only award-winning feature-length documentary on the Nagorno-Karabakh conflict, available to British and American audiences.

Amazon is the world’s largest online retailer, with over 110 million members across the US and UK alone. The inclusion of the documentary to the platform is testament to the cinematography of this moving story, and its importance for a global audience, especially today as fighting resumes in the region. Making the documentary accessible to such a vast viewership enables many to better understand the history and human cost of the Nagorno-Karabakh conflict.

The illegally occupied region of Nagorno-Karabakh is to this day still controlled by ethnic Armenians but located with the internationally recognized territory of Azerbaijan. The documentary provides a historical background of the conflict, as it charts the Armenian military’s attack and subsequent mass-killings of civilians in the Azerbaijanian town of Khojaly on February 26, 1992. 613 Azerbaijanis were killed – including 106 women and 63 children – with thousands made homeless.

The events are presented through the personal testimonies of survivors, in conversation with the eye-witness and Lithuanian journalist Richard Lapaitis. Amassing these personal stories was a monumental documentary-making effort, with the film taking five years to make.

‘Endless Corridor’ received the Best Documentary and Best Director prizes at the Tenerife International film festival in 2015, as well as the Outstanding Achievement Award at the Accolade Humanitarian Awards of the same year. The film is narrated by the Academy Award-winning actor Jeremy Irons and produced by the Emmy Award winner Gerald Rafshoon.

The film’s producer and director, Aleksandras Brokas, has commented on the relevance of the film today in connection with the latest escalation and outbreak of the conflict. “This war is fought on both the battlefield and the field of information,” he said. “As fake news pervades the press, large-scale investigative documentary-making such as ours, where international, experienced and independent journalists show the perspectives of both aggressors and victims, is crucial to get an accurate view of current events.”

‘Endless Corridor’ had its international debut in 2015. It was promoted in association with the ‘Justice for Khojaly’ awareness campaign, headed by Leyla Aliyeva, General Coordinator of the Islamic Conference Youth Forum for Dialogue and Cooperation, and also supported by the European Azerbaijan Society. Recognizing the scar of Khojaly and its importance to Azerbaijanis worldwide is at the heart of understanding current tensions in Nagorno-Karabakh and how it has shaped an entire nation in its aftermath.