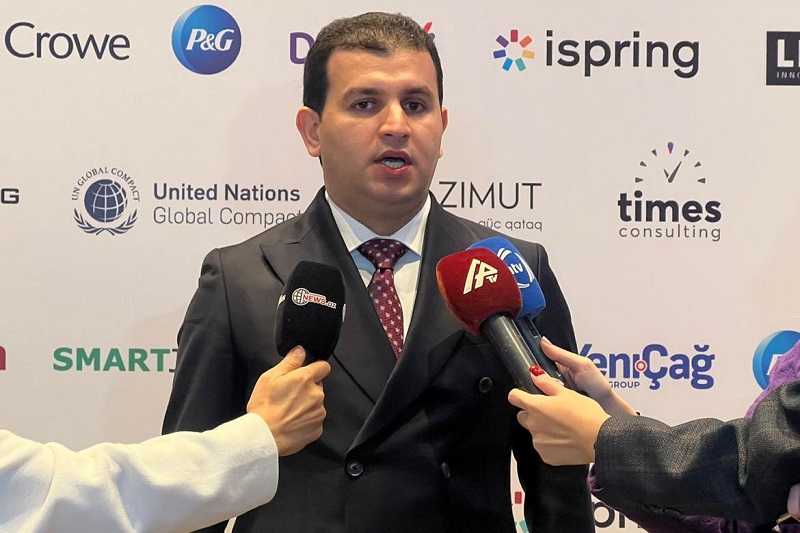 The Baku International CEO Summit is aimed at contributing to the further improvement of cooperate governance in Azerbaijan, Emil Huseynov, Chairman of the Organizing Committee for the event and Director of Azerbaijan HR Institute, said on Tuesday, News.Az reports.

Speaking to journalists on the sidelines of the event, Huseynov said the Baku International CEO Summit was organized based on the “Azerbaijan 2030: National Priorities for Socio-Economic Development”, which was approved under the relevant order of President Ilham Aliyev.

“A steadily growing, competitive economy is the top priority envisaged in the “Azerbaijan 2030: National Priorities for Socio-Economic Development.” Its main goal is to strengthen public-private cooperation and further improve the business environment and corporate governance in the country,” Huseynov noted.

He said heads of more than 400 companies and institutions took part in the Baku International CEO Summit, held under the motto “Building a Better Future”.

“We, as Azerbaijan HR Institute, are also aiming to contribute to the development of human capital in Azerbaijan and promote the most modern governance trends,” Huseynov added.

News.Az is an official media partner of the Baku International CEO Summit.