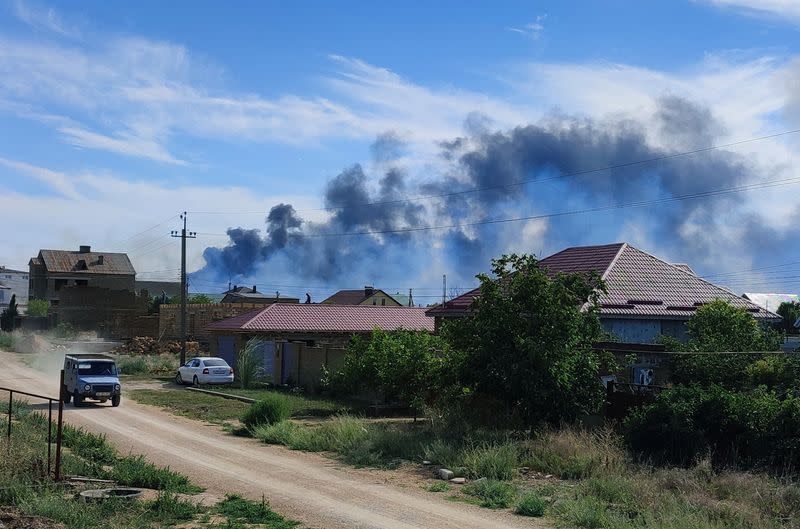 Crimea's Russian-installed authorities have declared an "emergency situation" in the north of the occupied peninsula following explosions at a military base in Dzhankoi District, News.az reports citing Interfax news agency.

"We are in an emergency situation regime," the Russian news agency quoted regional head Sergei Aksyonov as saying.

Interfax says the move "expands the boundaries of the emergency situation regime" following its introduction in the west of the peninsula after an explosion at an air base there earlier in August.

BBC Monitoring points out that, under Russian regulations, an "emergency situation" is different from a state of emergency, which can only be introduced by the president and can entail severe restrictions on people's freedoms and rights.