Elmar Mammadyarov: The signing of the Convention on the Legal Status of the Caspian Sea is a historic milestone 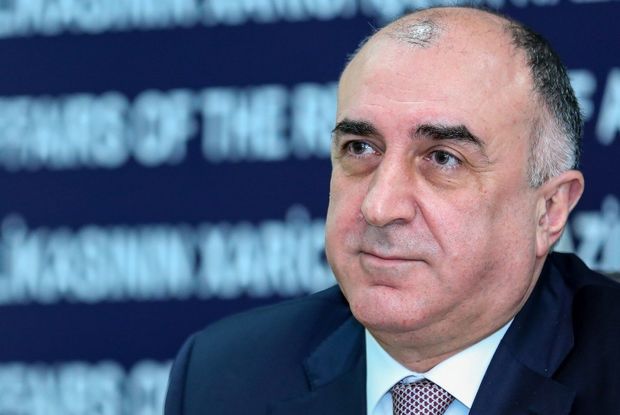 Interview by Foreign Minister Elmar Mammadyarov on the outcome of the 5th Summit Meeting of the Heads of State of the Caspian Littoral states to news agencies.

What would you say about the outcome of the 5th Caspian Summit in Aktau?

The signing of the Convention on the Legal Status of the Caspian Sea on August 12, 2018, at the 5th Summit Meeting of the Caspian Littoral States in Aktau is a historic milestone development and an important achievement for all five littoral states.

It once again demonstrated that the Caspian states have a firm resolve to reaffirm the atmosphere of sustainable peace and cooperation in the Caspian basin and the surrounding regions. The Convention defines the legal framework of interstate relations and conduct in the Caspian Sea. This document is based on the generally accepted norm and principles of international law, especially such key principles as respect for the territorial integrity and sovereignty of states.

Along with the legal regime and the definitions, the convention envisages civil conduct based on clarity, transparency, and predictability in the activities of all Caspian littoral states. These relations, based on mutual trust and cooperation between the Caspian littoral states, are necessary for them, as well as their partners.

In the process of developing the convention, the Caspian states also demonstrated high political culture with the unique regional identity, responsibility and regional ownership. The Caspian states, having not allowing any outside interference, achieved important progress, including the signing of the Convention on the Legal Status of the Caspian Sea through joint efforts.

Working process on the Convention required continued efforts of each littoral state. We would like to hear your opinion on this matter.

It should be recognized that the final stage of the development of the convention has passed through not an easy discussions.

The two-day meeting of the Foreign Ministers of the Caspian littoral states, held in December 2017 in Moscow, was very intense and as a result of it, the breakthrough was achieved in the finalization of the convention. Very serious discussions were held on a number of provisions of the convention.

But with goodwill and mutual trust, negotiations yield positive results. As a result of all these discussions, the convention was presented to the Heads of States for signing at the summit of the Caspian littoral states in Aktau, and we were able to achieve this breakthrough.

What are the following steps?