Eight schoolchildren killed, 16 injured as a result of Armenian aggression 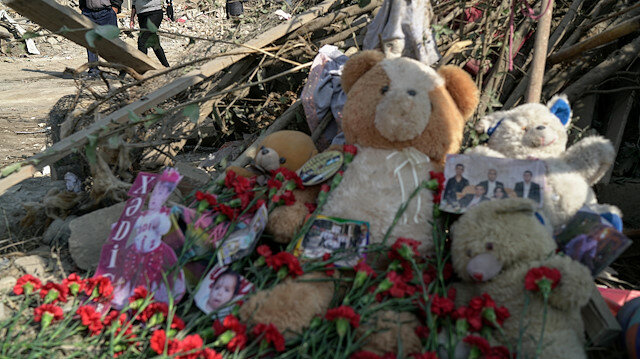 The Armenian armed forces' aggression has killed 8 of our school children and wounded 16 of them since September 27, the press service of the Ministry of Education said.

A total of about 40 schools were severely damaged:

"On the morning of October 24, Armeni fired rockets and heavy artillery at Goranboy and Tartar regions. Ismayilzade Orkhan Rahbar, born in 2004, was killed due to a missile attack on Kabirli village of Tartar region. So, one of those projectiles hit the yard where Orkhan lived. He was studying in the 10th grade at Khoruzlu village secondary school.

Also, Mayakov Artur Vladimirovich, born in 2007, who was injured because of a rocket launched by the enemy in Ganja on October 17, died today in the hospital, despite receiving medical treatment. Arthur was a 7th-grade student of K.D. Ushinsky Secondary School No. 29 in Ganja.

"We ask God to have mercy on our students and offer our deepest condolences to their families!"