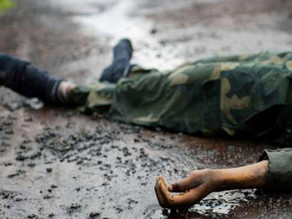 Eight more servicemen were involved in the investigation in Armenia over the suicide of the soldier known as “Ando”.

Report informs citing the Armenian media that the investigation, launched on the criminal case under the article “reducing to suicide”, is underway regarding the suicide of Andranik Mkrtchian, who committed suicide on August 20 by shooting himself in the jaw. According to the Special Investigation Department of the Investigation Committee of the Republic of Armenia, 8 servicemen serving together with Mkrtchian in the military base near Yerevan have been involved in the investigation on one episode,

Such agiotage was caused by the fact that the crime was committed on the grounds of sexual exploitation – homosexuality.

The investigation also revealed that "Ando" committed such acts against young soldiers also in the territory of Azerbaijan's occupied Kalbajar region on duty. Other crimes committed by the servicemen in Kalbajar are also being investigated.