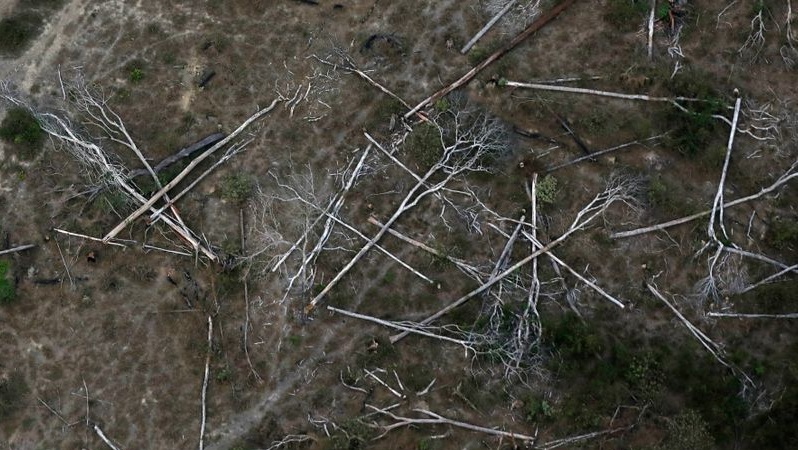 A group of eight European countries urged Brazil to take “real action” to combat rising deforestation in the Amazon rainforest, which is threatening Europe’s desire to source food and other products sustainably.

Brazil’s Vice President Hamilton Mourao, who leads the Brazilian government’s Amazon conservation efforts, on Wednesday responded that the call was part of a European protectionist strategy.

European politicians and investors have mounted pressure on Brazil to step up environmental protection as deforestation rises and the two sides attempt to finalize a free trade deal agreed to in principle last year.

The group of countries called the Amsterdam Declarations Partnership, currently led by Germany, sent an open letter to Mourao late on Tuesday expressing concerns that Brazil is backsliding on its formerly strong record on environmental protection.

“While European efforts are aiming at achieving deforestation-free supply chains, the current trend of rising deforestation in Brazil is making it increasingly difficult for businesses and investors to meet their environmental, social and governance criteria,” the two-page letter said.

“The countries meeting under the Amsterdam Declarations Partnership would expect a renewed and firm political commitment from the Brazilian government to reduce deforestation being reflected in current and real action.”

Mourao said Brazil’s foreign ministry would talk to the German ambassador and organize a broader meeting with representatives of the other countries if necessary.

“This has nothing to do with investors. ... You have to understand this is part of a trading strategy of European countries,” he told reporters outside his office.

The Amsterdam Declarations Partnership, which aims to supply Europe with deforestation-free commodities, includes Germany, France, Denmark, Italy, the Netherlands, Norway, and the United Kingdom. Belgium, which is not a partnership member, also is a party to the letter.

The letter praised Brazil’s past actions to preserve the environment but noted “deforestation has increased at alarming rates” recently. The countries said they are ready to intensify dialogue with Brazil on the subject.