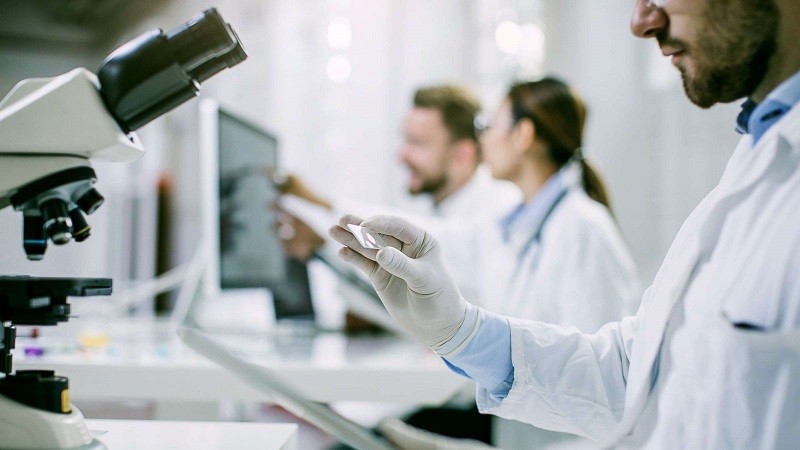 Researchers have successfully tested a light-activated ‘trojan horse’ drug capable of hunting down and killing cancer cells in the body.

Scientists from the University of Edinburgh believe the SeNBD molecule can trick cancerous cells into ingesting them when combined with a chemical food compound without harming healthier cells.

The molecule - which is smaller than existing light-sensitive treatments - can pass through the body’s defences more easily, according to research carried out on human and zebrafish cells.

But further tests are required to determine whether the drug can be used as a safe and quick method of treating early stage cancers and drug-resistant bacteria.

SeNBD is categorised as a 'photosensitiser' - meaning it can only kill cells after it has been activated by a visible light.

Researchers who invented the drug have compared it to a Trojan horse and describe its effect as that of a metabolic warhead.

Dr Sam Benson, Post-doctoral researcher, at University of Edinburgh’s Centre for Inflammation, said: "With SeNBD, we can combine a light activated drug with the food that cancerous and bacterial cells normally eat.

"This means we can deliver our ‘Trojan horse’ directly through the front door of the cell rather than trying to find a way to batter through the cells defences."

According to the research, published in the Nature Communications journal, most light-activated drugs have been bigger than metabolites, leading bacterial and cancer cells to disregard them as a source of nutrition.

But unleashing via a light source could allow doctors to decide exactly where and when they want the drug to be active - avoiding the chances of attacking healthy tissue and preventing the kind of side effects, such as hair loss, caused by other anticancer drugs.

Lead researcher Professor Marc Vendrell, Chair of translational chemistry and Bbomedical Imaging at the University of Edinburgh, said: “This research represents an important advance in the design of new therapies that can be simply activated by light irradiation, which is generally very safe.

"SeNBD is one of the smallest photosensitizers ever made and its use as a ‘Trojan horse’ opens many new opportunities in interventional medicine for killing harmful cells without affecting surrounding healthy tissue.”