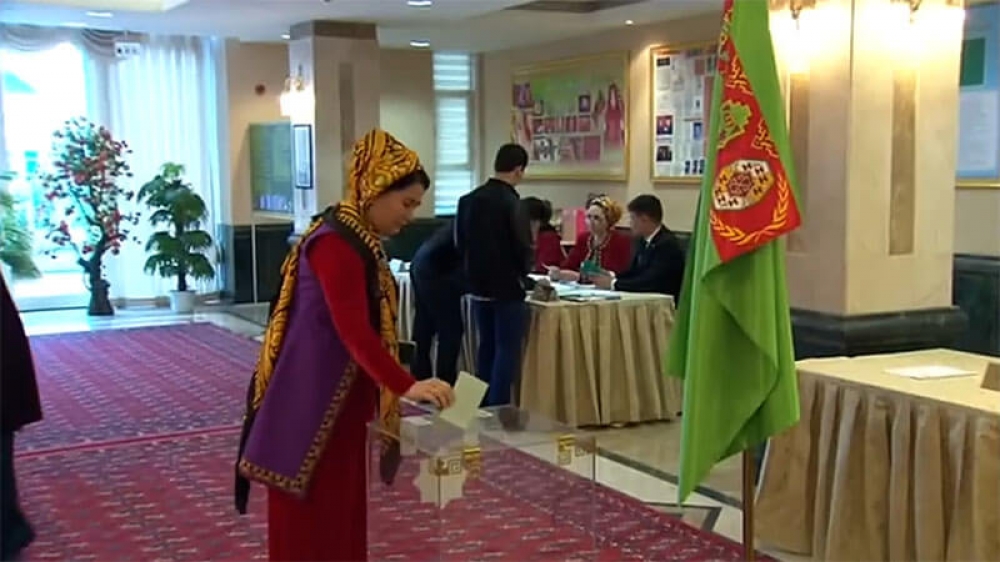 As many as nine candidates are running for presidency. Among them is the incumbent leader’s son, a candidate from the Democratic Party of Turkmenistan, Serdar Berdimuhamedov, who serves as Deputy Chairman of the Cabinet.

Earlier, the Central Commission for Elections and Referendums told TASS that some 2,577 polling stations will open in Turkmenistan. As many as 41 of them will operate outside the country, including three in Russia - in Moscow, Kazan and Astrakhan. A total of 3,459,063 eligible voters are registered. Early elections took place from March 2 to 11. Polling stations will close at 19:00 local time (17:00 Moscow Time).

On February 11, Turkmenistan’s current President Gurbanguly Berdimuhamedov announced his decision to leave the post during a meeting of the upper house of parliament. The next day, the Central Commission for Elections and Referendums scheduled early presidential polls for March 12. On February 14, the election campaign kicked off in the country.