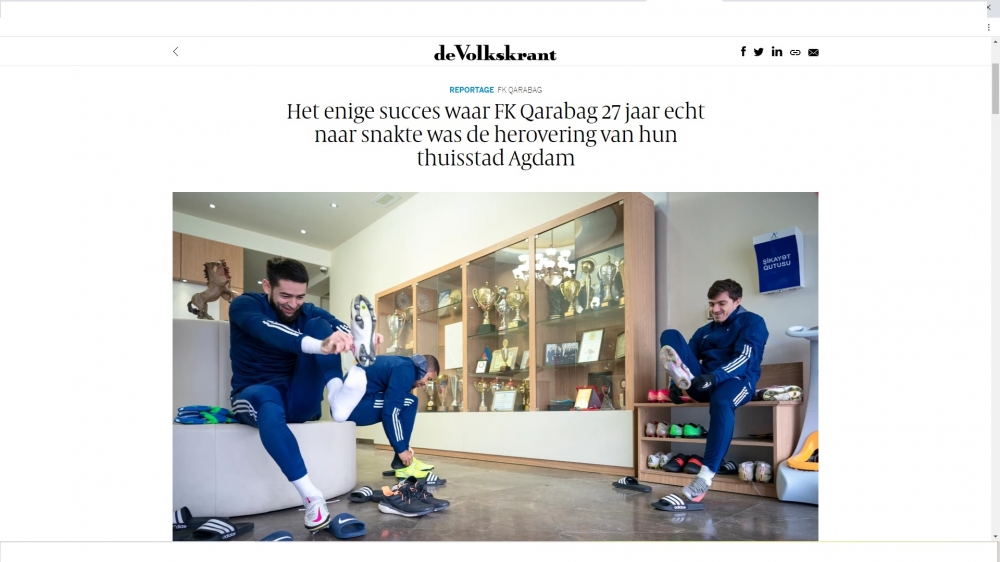 Dutch “de Volksrant” newspaper has published an article on Qarabag football club, as they make a dramatic return to their home Imarat stadium in the liberated city of Aghdam after 27 years.

“The “Caucasian Barcelona” can’t wait to play its first game on Imarat stadium in front of the people of Karabakh,” the article says.

Noting that the city of Aghdam was turned into a ghost town, the newspaper says the team’s Imarat stadium was razed to the ground.

“Despite representing Azerbaijan in the UEFA Europa League and UEFA Champions League group stages as well as winning Azerbaijani Premier League on multiple occasions, Qarabag FC had to train and play their home games on various grounds in Baku as they were expelled from their home city of Aghdam." The newspaper quotes coach Mushfiq Huseynov as saying: “I couldn’t hide my tears when I saw Imarat. It is an amazing feeling to play on the home pitch again”. Huseynov said that the players could not hide their emotions when they saw the distractions caused to the city.

Highlighting the history of the Upper Karabakh conflict, the article says that Azerbaijan’s city of Aghdam was occupied by the Armenian armed forces in the early 1990s. "As a result, dozens of thousands of fans had to flee their homes." 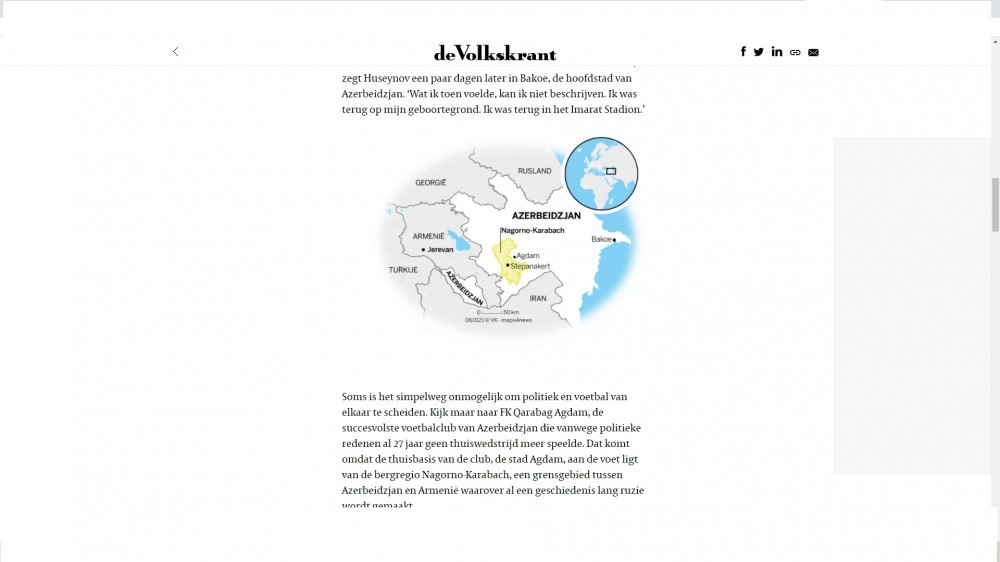 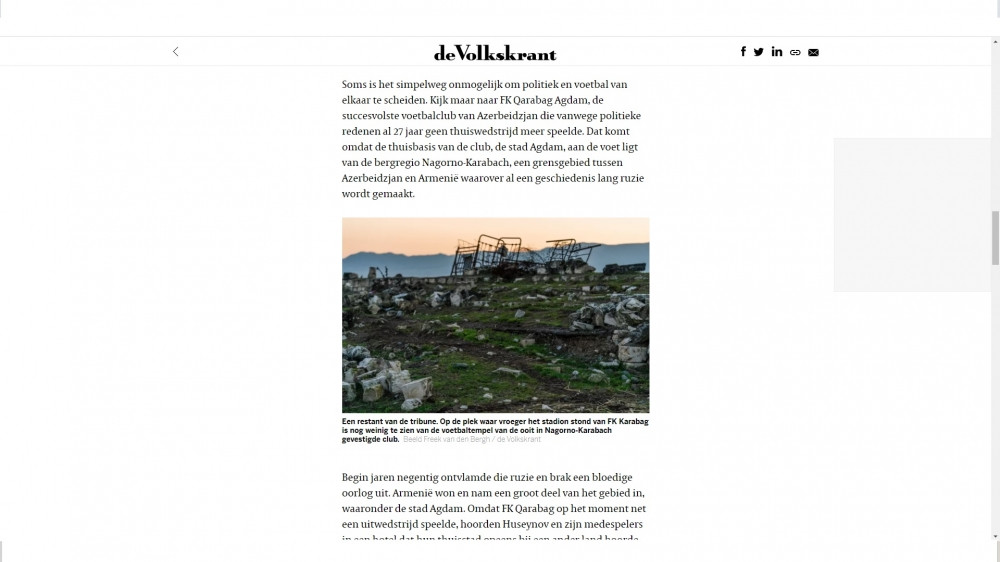