Dozens dead as bus plunges into canal in India 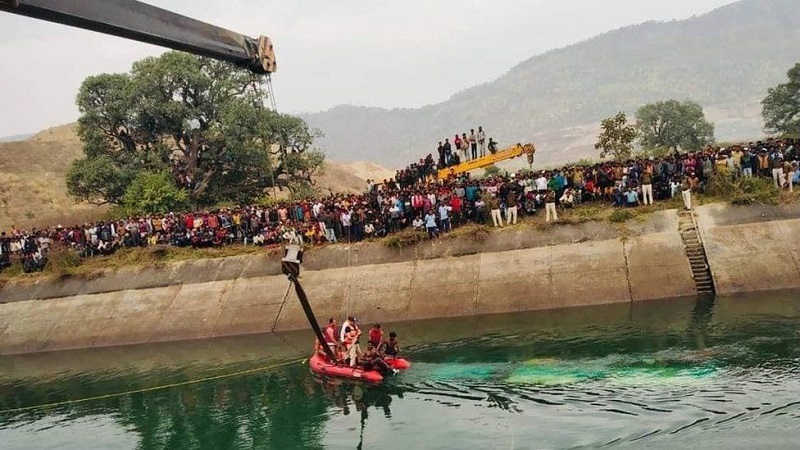 At least 40 people have been killed after a bus plunged into a canal in the central Indian state of Madhya Pradesh, BBC reports.

Some 60 people were on board when the packed bus veered off a bridge and fell into the canal on Tuesday in Sidhi district.

Officials say that seven passengers, including the driver, managed to swim to the shore. Rescue teams are looking for the remaining passengers.

The state government has ordered an inquiry into the accident.

Eyewitnesses say that the driver lost control and the bus hit the boundary of the bridge before falling into the Sharda canal.

Chief Minister Shivraj Singh Chouhan said that two ministers were heading to the site of the accident to monitor rescue efforts.

Indian Prime Minister Narendra Modi has tweeted, expressing his condolences for the families of the victims.