Donald Trump says he will continue to be in US politics 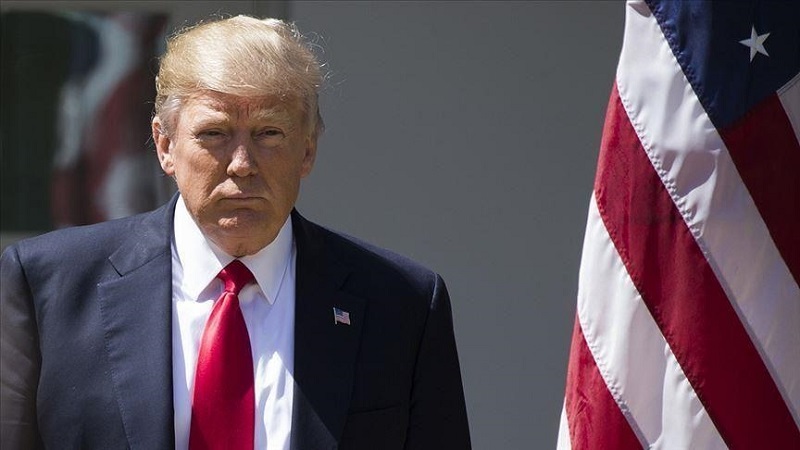 Former US President Donald Trump has indicated he will continue to be in American political life, according to three different interviews he gave on Wednesday.

Trump left the White House last month amid Capitol riot, for which he was blamed for inciting. Although he went down in history as the only US president that was impeached twice by the House of Representatives, the Senate acquitted him.

After the Jan. 6 riot in Capitol building, Trump's Twitter account was suspended indefinitely. While the social media service provider was his foremost choice of communication with the masses, he said he "won’t be back on Twitter," adding that he is considering building his own social media network.

"... on Twitter, it’s become very boring and millions of people are leaving. They’re leaving it because it’s not the same, and I can understand that," he told conservative American news and opinion website Newsmax.

The riot came amid Trump refusing his loss in the Nov. 3 presidential election, and repeatedly saying "Stop the Steal" on Twitter, media outlets, and in Washington, D.C. on Jan. 6 when Congress convened to approve President-elect Joe Biden's win.

"I think we won substantially ... you would have had riots going all over the place if that happened to a Democrat," he said.

Trump stressed his popularity among Republican voters by pointing out a recent poll released Tuesday.

A massive 59% of Republicans said they wanted Trump to play a major role in their party going forward, which is up 18 percentage points since the day after the Capitol riot, according to the poll by Politico and Morning Consult.

The latest level, however, is down from 68% of Republicans had before the election, indicating that Trump is more in touch with the party’s rank-and-file than congressional Republicans, according to a poll released Nov. 24 by the same institutions.

In that poll, 54% of Republicans had also said they would vote for Trump if the 2024 presidential primary was held today.

"Too early to say -- but I see a lot of great polls out there," he said about whether he would run for 2024 election.

Trump also spoke with Fox News and the One America News Network (OANN) in phone interviews to talk about the conservative radio host Rush Limbaugh who passed away on Wednesday.

About the election, he said "Rush felt we won and he was quite angry about it," before he was asked about his future, saying "we have a lot to talk about."

Trump told OANN that his political movement "is very strong and it's getting stronger."