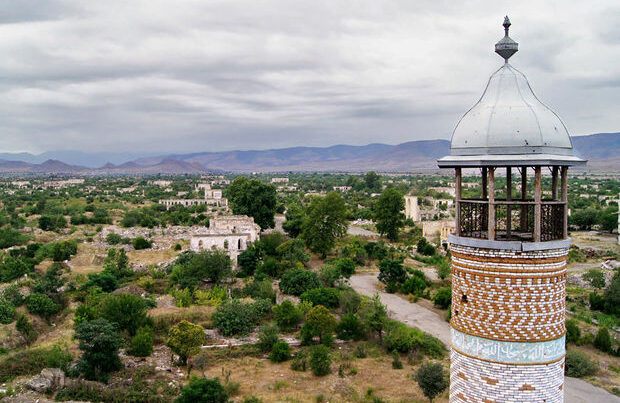 Realpolitik, an Argentine news portal and TV channel, has aired a documentary titled “IDPs of Karabakh. The value of land.”

The documentary highlights Azerbaijan’s territories liberated from the occupation during the Second Karabakh War.

The film provides an insight into the history of Armenian military aggression against Azerbaijan. It highlights Armenian vandalism committed to Azerbaijani historical and cultural monuments in Fuzuli and Aghdam districts. The film informs viewers of Armenia’s heavy ballistic missile attack on Azerbaijan’s city of Ganja located far beyond the combat zone during the 44-day Patriotic War, heavy casualties among Azerbaijani population, as well as the huge damage to the residential infrastructure caused by this attack.

The documentary also highlights Azerbaijan’s restoration, mine-clearing processes carried out in the liberated territories, saying that Azerbaijani government’s main goal is to contribute to speedy return of Azerbaijani IDPs to their native lands. The film also features exclusive interviews with Azerbaijani IDPs.