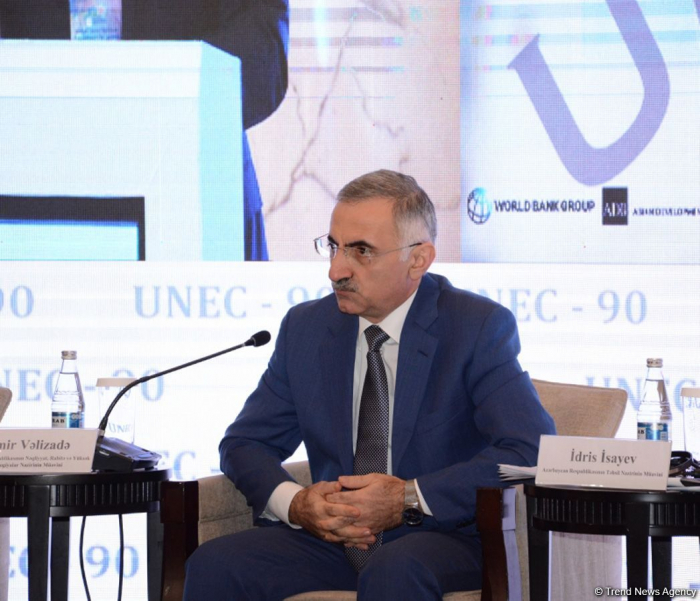 Valizade said that the key role in the development of the digital economy is played by the modernization of infrastructure and the creation of opportunities to meet growing demand, the use of modern technologies, increase in the number of internet users, expansion of e-commerce and other activities.

“According to the International Telecommunication Union, last year, 93 percent of the world’s population were using 3G network,” the deputy minister noted. “Azerbaijan is ahead of the global average indices in terms of this indicator, and 97.1 percent of the country’s territory is covered by the network. Presently, 80 percent of Azerbaijan’s population are internet users, and 75 percent - broadband users.”

Valizade added that according to the Global Competitiveness Report published by the World Economic Forum in 2019, Azerbaijan ranked 43rd out of 141 countries.

“The facts show that the digital economy is gaining a wide scale of development in the modern world and is an integral part of economy,” the deputy minister said.