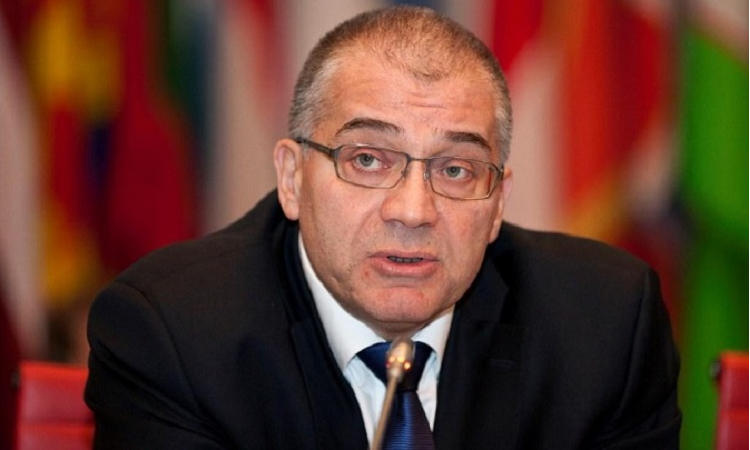 Azimov made the statement during a video meeting of the foreign ministers of member states to the Conference on Interaction & Confidence Building Measures in Asia (CICA) held on Sept.24, according to Azerbaijan's Foreign Ministry.

Due to the fact that in 2020-2022 Kazakhstan will chair CICA, the program of this country’s chairmanship and the further development priorities were presented at the meeting. During the meeting, a decision was made to elect Kairat Sarybay, the permanent representative of Kazakhstan to international organizations in Austria’s Vienna, as CICA’s Executive Director.

Speaking at the meeting, Azimov stressed the importance of developing cooperation within the framework of CICA and increasing the effectiveness of the organization's struggle against the threats and challenges faced by the member states of the organization. Touching upon Azerbaijan’s national, bilateral and multilateral-level efforts in the fight against the COVID-19 pandemic, Azimov pointed out that the steps taken by Azerbaijan on its own initiative within its chairmanship for the Non-Aligned Movement are a good example for cooperation in this area within the framework of CICA.

The deputy minister emphasized that Azerbaijan attaches particular importance to encouraging the development and coordination of regional and trans-regional transport infrastructure, adding that cooperation in these areas within CICA has great potential.

He said that for the potential’s implementation it’s necessary to continue practical cooperation measures, also adding that, ensuring the security of transport and transit infrastructure is of great importance in this context.

Speaking about the Armenia-Azerbaijan Nagorno-Karabakh conflict, Azimov noted that it seriously threatens security and stability in the region.

He drew the attention of the meeting participants to provocative and aggressive activities of the current leadership of Armenia.

The deputy foreign minister stressed the importance of the principled position and solidarity on the part of the CICA member states.

"The international community, including the CICA member states, should take important steps for Armenia to end its occupation policy,” Azimov said.