Delegation of Victory Congress in Shusha appeals to World Azerbaijanis 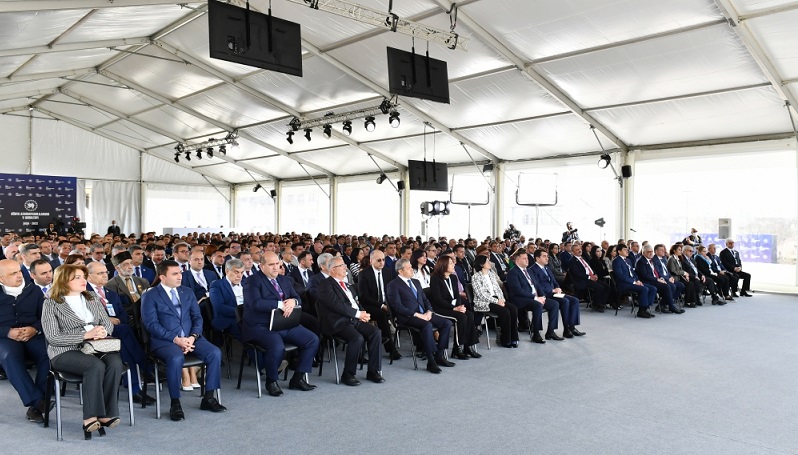 We, the participants of the 5th Congress of World Azerbaijanis held in Shusha, are proud to welcome you from the cultural capital of Azerbaijan.

Since the first Congress of World Azerbaijanis that was held in Baku in 9-10 of November in 2001, at the initiative and support of national leader Heydar Aliyev, a vast amount of work has been done in order to organize and improve the institutions of Azerbaijani communities in various countries, create strong bonds of our compatriots with the historical Homeland and strengthen our national solidarity. The ideology of Azerbaijanism, based on the adherence of the Great Leader to the state and its people, seamlessly combines national spirit and international values, has vastly spread among our compatriots throughout the world.

As a result of counterattack launched by our brave army on September 27, 2020 according to the order by Commander-in-chief, President of the Republic of Azerbaijan Ilham Aliyev, the liberation of our lands occupied by Armenia for nearly thirty years, restoration of our country's territorial integrity in just 44 days, and thus ending the longing for the homeland of our people displaced by the Armenian occupation is a triumph of our national solidarity.

Liberation of Shusha on the 8 of November represents the culmination of the victory gained during the Second Karabakh War and was written in golden letters into the history of Azerbaijan. Therefore, the liberation of Shusha from occupation was added to the calendar of remarkable days as a “Victory Day”.

New geopolitical reality, emerged after historical victory during the Patriotic war, and further enhancement of the image of Azerbaijan in the world and active participation of our country in addressing international issues poses new challenges to our diaspora organizations.

Cultural and political unity and solidarity of Azerbaijanis living abroad are strategic goals of independent state of Azerbaijan. Today Azerbaijani diaspora possesses vast cultural and intellectual capacity. Currently Azerbaijan has 14 coordination councils, embracing 33 countries and more than 130 diaspora organizations. One of the main tasks of our compatriots, regardless of where they live, is preserving our independence, being a historic achievement of Azerbaijani people and a result of spiritual and political will of world Azerbaijanis, and spare no practical contribution to the worthy place of our national state in the world community.

The confident progress of independent Azerbaijan on the path of building a modern, secular and legal state gives impetus to the development of national independence and statehood thought of Azerbaijanis around the world, their solidarity. Every Azerbaijani living apart from his homeland must be sure that there is a state that is always ready to protect its prestige and honor - the Republic of Azerbaijan. As President Ilham Aliyev noted, “Azerbaijani communities, which already exist and become active in the world today, also support our country. We also support them. I have said many times that all Azerbaijani citizens, Azerbaijanis living abroad, know that a strong Azerbaijani state stands behind them”.

We are all united by a noble cause, such as being Azerbaijani. No matter what type of responsibility stands between you and countries you live in, being Azerbaijani call upon each of you to be faithful to Azerbaijan state and its people. Therefore, conveying the truth about Azerbaijan to the world community remains one of the main tasks of our compatriots.

In addressing to you, we call on you to use all your opportunities to implement the decisions taken, to join forces for the implementation of the ideas of unity and solidarity of Azerbaijanis around the world.

We wish each of you health, prosperity, peace and success on the path of progress of our Motherland."