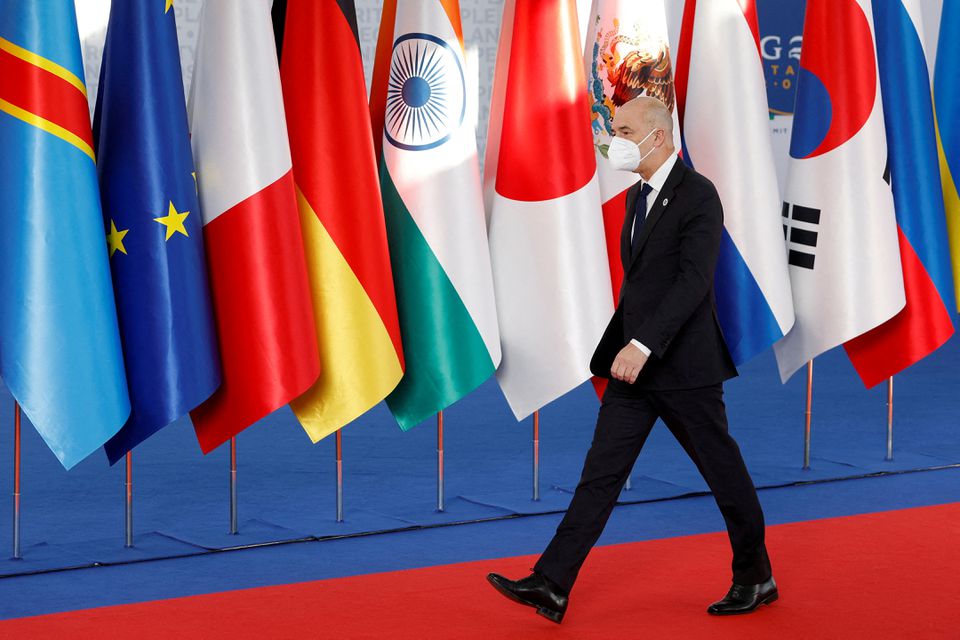 Western nations are preparing to stage coordinated walk-outs and other diplomatic snubs to protest against Russia's invasion of Ukraine at Wednesday's meeting of G20 finance ministers in Washington, their officials said, News.az reports citing Reuters.

While some in Western capitals argue that Russia's actions should mean it is excluded from global meetings altogether, that is not a view shared by others in the Group of 20 big economies, including notably China and Indonesia, which is chairing the group this year.

Moscow confirmed on Tuesday Finance Minister Anton Siluanov would lead Russia's delegation at the talks despite repeated protestations by Western diplomats that they could not go ahead as usual during a war in which thousands of civilians have died in bombardments by Russian troops.

"During and after the meeting we will be certain to send a strong message and we will not be alone in doing so," a German government source said, accusing Russia of starting a conflict that has also sent world food and energy prices spiraling.

U.S. Treasury Secretary Janet Yellen plans to avoid G20 sessions joined by Russian officials on the sidelines of International Monetary Fund and World Bank meetings. But Yellen will attend an opening session on the Ukraine war regardless of Russian participation, a U.S. Treasury official said.

And a French finance ministry official meanwhile expected some ministers from Group of Seven nations to leave their seats when their Russian peer was due to speak.