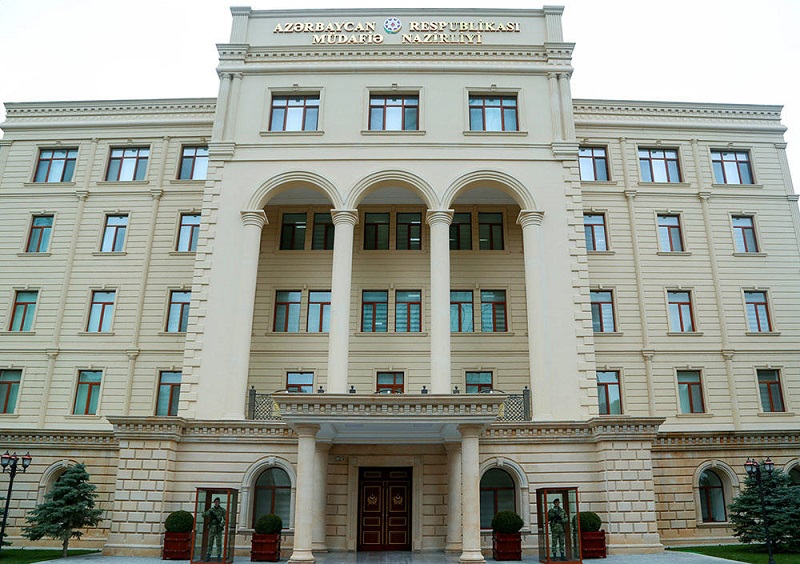 The article, titled “Syrian militants in Azerbaijan are preparing for a blitzkrieg against Armenia”, contains completely untrue information, the Azerbaijani ministry noted.

“The author of the article, Vladimir Mukhin, proceeding from the principle “the bigger and more monstrous a lie, the sooner they will believe in it” misled the readers, without referring to any reliable source and convincing facts,” said the ministry.

The ministry decisively rejected the fabrications indicated in the article that allegedly “there is already a de facto Turkish military base in Nakhchivan reinforced by combat aircraft” and “about 500 Syrian militants of Turkmen origin were transferred to Azerbaijan”.

The Azerbaijani side dismissed all allegations as clear disinformation, stressing that the article is custom-made and defamatory.

The Azerbaijani ministry officially declares that there are no military bases of foreign states or any other illegal armed group on the territory of the country.

The professionalism and combat experience of the personnel of the Azerbaijan Army, as well as the military equipment and military equipment in service, are sufficient to quickly carry out any combat mission to liberate the Azerbaijani territories occupied by Armenia and restore the country's territorial integrity, the ministry said, adding. “The Azerbaijani Army demonstrated its power during the April 2016 battles, as well as during the combat operations conducted in 2018 in Nakhchivan and in 2020 in Tovuz.”

The Azerbaijani side recommended Nezavisimaya Gazeta to focus its attention on the amendments to the Armenian law “On Defense” that have been submitted for public discussion.

“This law allows Armenia, which has big problems with mobilization resources, to create so-called armed militias on a voluntary basis, where people under 70 can even be involved. It is not excluded that, referring to this law, Armenia thereby legitimizes the issue of manning its army with mercenaries and terrorists deployed from hot spots in the Middle East, in particular from Syria and Lebanon, under the guise of a militia,” the ministry said.

“Yerevan, interested in spreading disinformation, deliberately creates fertile ground for aggravating the situation in the region and escalating the conflict,” the Azerbaijani ministry concluded.