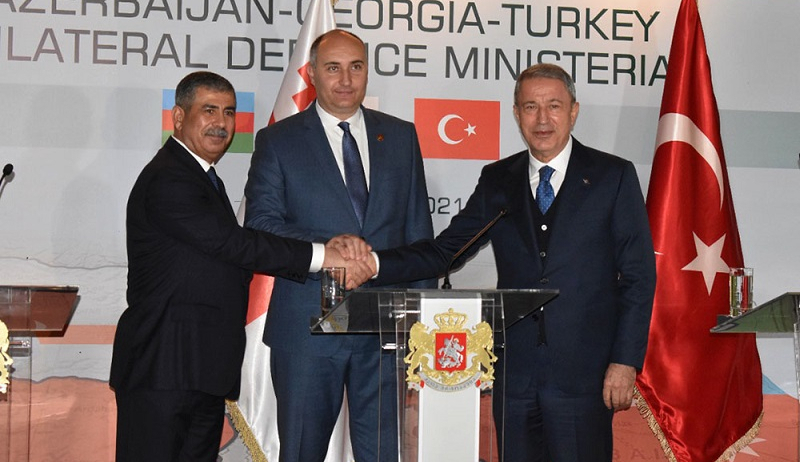 Minister Hasanov stressed the importance of good neighborly and close friendly relations between the three countries and their peoples, the Azerbaijani Defense Ministry told News.Az.

The mnoted that the trilateral meeting in Georgia is a prime example of a strategic dialogue between the three countries and that conducting the joint exercises will pave the way for a new stage within the framework of trilateral activities and, as a result of all this, will contribute to regional security.

Burchuladze, in turn, stressed the importance of the meeting and noted that the country pays special attention to the development of trilateral relations.

Akar also expressed confidence in the impact of the existing friendly relations between the countries for further development.

During the conference, it was noted that sincere relations between the three countries and trilateral cooperation in the field of defense are a guarantor of peace and stability in the region and an exemplary partnership.

At the end of the conference, the ministers answered the questions of media representatives.