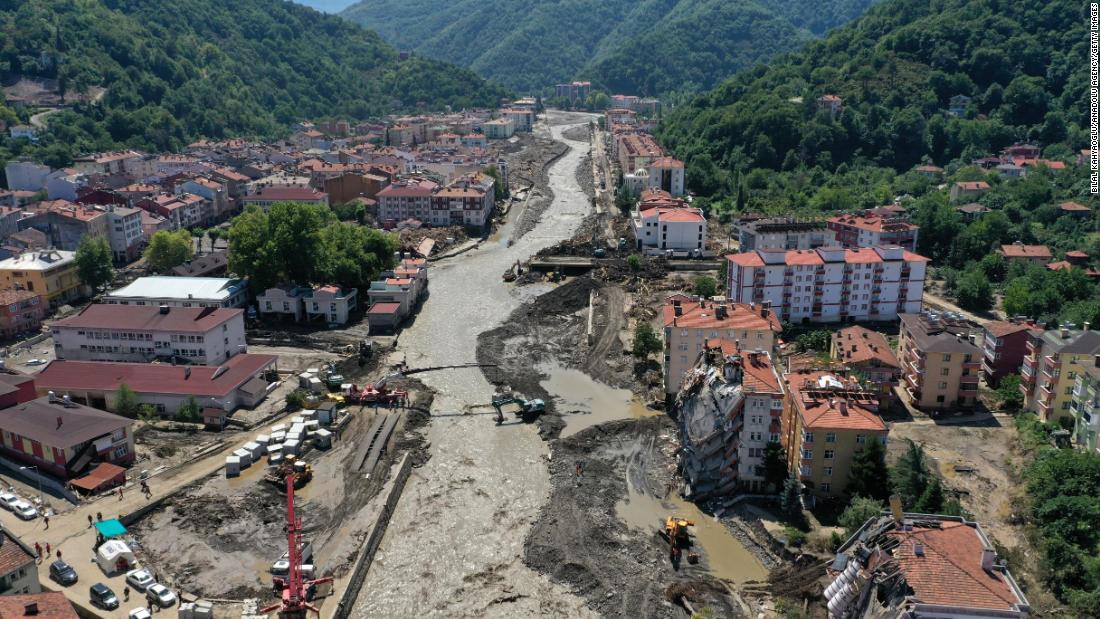 A statement late Sunday by the country's leading search and rescue agency said 60 people were killed in Kastamonu, while nine others died in Sinop and another person in the Bartın province since floods first hit the region last Wednesday, Daily Sabah reported.

According to a statement from the governor's office in Bartın, 13 bridges were destroyed in the floods, while at least 45 buildings were heavily damaged. A total of 62 people are reported missing in Kastamonu and 14 others in Sinop, Turkish Interior Minister Suleyman Soylu said Saturday after touring the Bozkurt district in Kastamonu alongside Environment and Urbanization Minister Murat Kurum and Energy and Natural Resources Minister Fatih Dönmez. "We delivered 20 tons of food yesterday and today by helicopter alone," Soylu said, adding officials were trying to meet the needs of victims, from funerals to damage assessment.

Kurum said there were at least 454 severely damaged and ruined buildings in the three provinces, adding authorities were working on building new structures within the next year. Some 1,110 workers in Bartın, 4,900 in Kastamonu and 2,594 in Sinop are conducting relief work in the affected areas, the disaster management agency said. A total of 359 people in Bartın, 1,480 in Kastamonu and 539 in Sinop were evacuated to safe areas by helicopters and boats, it added.

Meanwhile, 223 volunteers, nine catering trucks and 54 vehicles sent by the Turkish Red Crescent (Kızılay) to the region are working on the ground.