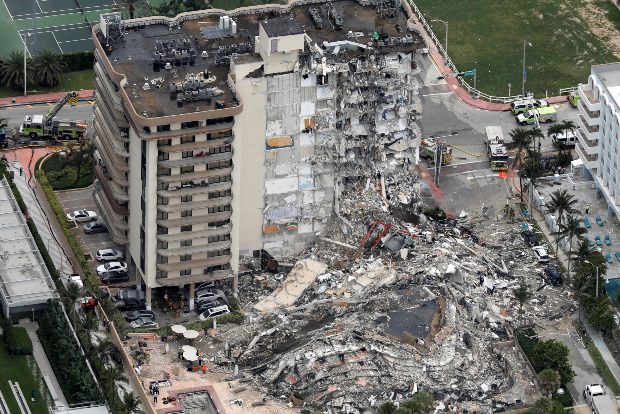 The death toll from the condo collapse in Surfside, Florida, has grown to 18 after bodies of two children were discovered, local authorities announced on Wednesday, Xinhua reported.

"I'm pained to tell you we found two additional bodies in the rubble, which brings our total count to 18 -- 18 fatalities," Miami-Dade County Mayor Daniella Levine Cava said at a news conference.

"It is also with great sorrow, real pain, that I have to share with you that two of these were children. Aged four and 10," Cava said.

"Any loss of life, especially given the unexpected, unprecedented nature of this event, is a tragedy," said the mayor. "But the loss of our children is too great to bear."

The National Institute for Standards and Technology (NIST), a non-regulatory federal safety agency within the Department of Commerce, is expected to announce later in the evening that they will launch an investigation to determine the technical cause of the collapse.